Ninety minutes prior to the witching hour last Thursday, Austin registered a damp 45 degrees. Beerland only heated up – from the first act on to the fifth band off. Feral Future, initially atonal and amelodic in its proto-proggy post-punk, gained density and ferocity fast. "This is another song about not giving a fuck," noted the three-quarters female quartet's lead banshee Arielle Sonnenschein. That became the evening's theme. "We're Ghetto Ghouls," mumbled the following band's guitarist/screamer. "Have fun. Go fuck yourselves." Clanging, banging, the trio came on like a Come On Pilgrim-era Pixies, erupting with said announcer's beer bottle slide ejaculation on "Living Alone." As the rhythm section rotated, his chainsaw/lawnmower riffs gnawed and gnashed. Seventeen minutes and they were done. Once one of the leading lights of the local scene, Horse + Donkey misses former trio leader Jaime Zuverza, who helped populate the two-thirds-full Beerland, but with Ryan Camarillo leading Luis Martinez Jr. (drums) and Ollie Valdez (bass), the threesome's dark wave neo-surf still spikes waves of skittering pointillism. A personal discovery and thus Free Week's ultimate raison d'etre, the Dead Space took Horse + Donkey's aqua pulse and jolted it into a driving funnel of spook rock – dark, powerful, confident – like something English, Eighties. Foreign Mothers, also Gang of Four-ish, pounded out its 2012 LP, Duh, with no-frills femininity, at one point singing about being caught without a tampon. "Since that's what girl bands sing about," mocked guitarist/singer Kana Harris. (Bassist/co-vocalist Stephanie Mueller also helps hold down Feral Future.) Girl band, yes: moody, hacking, siren-esque. Wicked. At 2am, when they were done, the sleet began. 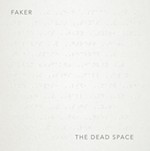