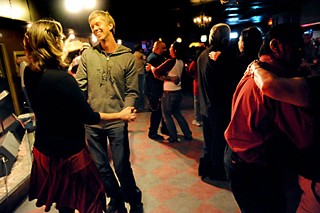 Conjunto Sunday at the White Horse (Photo by John Anderson)

2012 was a transformative year for me. I went from working a low-level job at a bong store to writing a widely read music column. The new opportunity affirmed my belief that dreams come true if you're masochistic enough to endure their pursuit. It also presented me with the challenge of growing up without maturing ... or is it the other way around? Either way, it somehow relates to the state of the state of the music community, for whom the last 12 months were about handling change and always moving forward.

Though it opened last December, 2012 was the year of the White Horse. The Eastside honky-tonk resonated loudly with its uniquely Austin vibe and the high quality selection of country-spiked music. It wasn't merely the winds of hipness that made it popular, either. The Comal hangout caught on immediately with musicians who knew and trusted the owners from their tenure at the Hole in the Wall, after which the public followed suit. The moral: Everything good starts with good music. Speaking of, the White Horse has it for free every night.

Music venues sprouted all around town this year. The Beauty Ballroom, a big, sexy room with good sound, added stock to the Riverside strip when it opened in January, while Holy Mountain recently filled up the old Beauty Bar's Seventh Street cavity with nightly live music. Uptown, the historical Scottish Rite Theater, in all its 19th century majesty, became one of the city's most unique venues when it restarted booking music events. 2012 also saw the opening of KUT's new Studio 1A, a naturally lit performance space and broadcast facility that will host hundreds of local and national artists per year.

For all it gained, Austin lost a handful of key places to experience music. Trophy's, the ratty South Congress dive where I saw some awesomely lawless concerts, closed after 20 years in business. Lovejoys shuttered too. The dimly-lit brewpub with great weekly shows was perfectly out of place on Sixth Street and high rent priced it right out of existence. The same was true for SoCo singer-songwriter haven Ruta Maya. The promising, but ultimately short-lived, Skinny's Ballroom couldn't maintain the financial footing to stay open either. 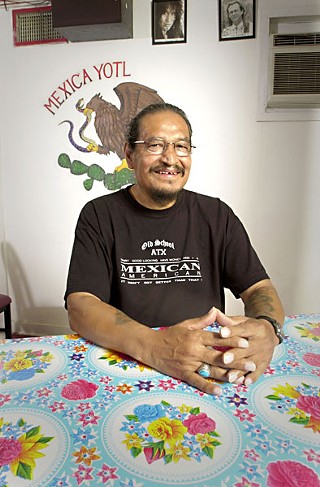 The most sensational closure, of course, was Jovita's. The Mexican restaurant/venue was raided as part of bust on an alleged heroin ring involving owner Amado "Mayo" Pardo and never reopened. An FBI agent alleged in court that Pardo, a twice-convicted murderer, had been dealing large amounts of heroin for decades. He had been previously revered, picked by critics as "Best Mayor of South Austin" in a 2009 Chronicle "Best of Austin" award for his community service. Drug front or not, Jovita's used to be a live music fixture and now it stands silent.

One of Austin's larger venues, the Austin Music Hall, made the news when it was foreclosed upon and reclaimed by the bank that financed its renovation. The new hall never caught on for promoter Tim O'Conner who, ages before C3 and Transmission existed, ruled concert promotion in Austin. Sadly, O'Conner, who also co-owns the Backyard, has been sidelined with cancer since this summer.

Cancer's a cold, unforgiving bitch; it took away rocker Nick Curran in October. A singer, guitar player, writer, and bandleader, he was a virtuoso, but he also had the good taste to rein blues, R&B, rock & roll, rockabilly, and punk into one high-octane mixture. At just 35, he'd done more than most musicians ever will. Traci Lamar Hancock, a local icon for her membership in family group the Texana Dames, left the physical plane in May after losing a long-term battle to ovarian cancer. A Lubbock native, her accordion playing and bilingual singing possessed a romantic energy that remained characteristically Texan.

Tony "Offender" Johnson died of cancer the same week after brutalizing guitar strings in early Eighties hardcore group the Offenders, whose recordings stand as some of the genre's most rabid. Johnny "JP" Perez, drummer for the Sir Douglas Quintet, passed on this year too. His drumming powered hits "She's About a Mover" and "Mendicino."

The death that rocked the Austin music scene the hardest wasn't even a musician. Brent Grulke died unexpectedly in August. Creative director at South by Southwest, the 51-year-old former roadie/manager/songwriter/journalist/collector quadrupled the music festival's massive size and reach starting in 1994 when he initially signed on. Before that, he had been music editor of the Chronicle. Quite simply, he was the best of friends to the music world – local and international. The outpouring of love that followed his death was downright inspiring. 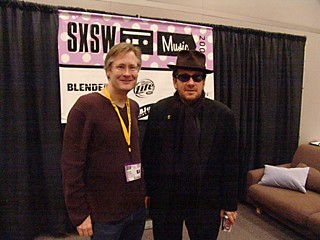 No one Austin artist received a national welcoming like Gary Clark Jr. (below). The native blues guitarist played more festivals in 2012 than anyone thought was humanly possible, and raked in universally high marks for his live performances. He jammed at the White House for President Obama with Mick Jagger, Buddy Guy, and Jeff Beck, collaborated with Nas for an ESPN spot, and recently sat in with the Rolling Stones for two 50th anniversary shows. His debut LP, Blak and Blu, entered the national charts at No. 6, but didn't stick. After eight weeks, it's fallen to No. 175. The interest and attention was there, but not the hit.

The music festival market may be overcrowded nationally, but here in Austin, we can't get enough. The Austin City Limits Music Festival announced that in 2013 they're doubling efforts with a second weekend of the same bands. That's how popular it is. C3 can do the same thing twice and sell it. Fun Fun Fun Fest, the choice gathering of punk, metal, hip-hop, rock, and comedy at Auditorium Shores, reported a 17% increase in attendance. A couple new festivals cropped up including Fire Fest, which boasted select local talent (and hopefully stays that way) and Austin Fan Fest, a series of shows mostly attended by tourists here to watch Formula One racing.

The neon lights on Ray Hennig's iconic Heart of Texas Music sign stopped shining this year; the instrument shop of legend closed to make way for a fancy retail and housing complex. Down the road, the equally venerable Broken Spoke dance hall remains among a mess of condo construction. Austin is growing like a teenager with a tumor on his pituitary gland, and the real estate people know it. We've learned that when the proverbial bulldozer's all gassed up and ready, some landmarks will be spared and others won't.

The bright side of Austin's growth remains that there are more bands than ever and half of them are really fucking good, so make these your New Year's resolutions: go to more shows, buy more records, and don't give up on your crazy dreams. 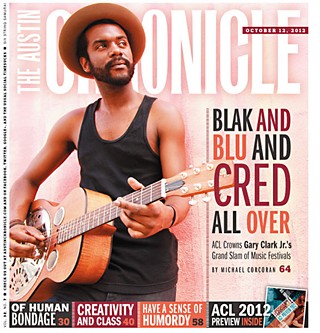 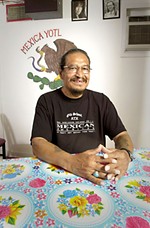 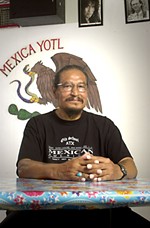