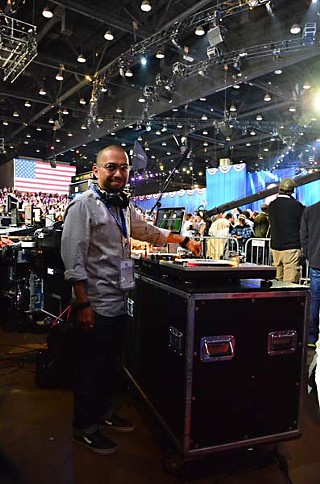 As election results rolled in last week, news stations around the globe broadcast the sounds of DJ Mel mixing tunes by Teena Marie, Maze, and Shalamar. Seems the Austin staple had been invited to spin at the Obama headquarters in Chicago. Mel had already worked his way through the camp's playlist by the time word came in that the president had been re-elected, so he threw on the Beatles' "Twist and Shout" and the crowd went nuts.

Recent "Best Live DJ" winner in the Chronicle's "Best of Austin" Readers Poll, he kept the party going with a succession of tunes that drew praise on Twitter from world famous crate-diggers like Mark Ronson and Questlove. Back in town, Mel called to discuss his "amazing" night.

Playback: What playlist were you given?

DJ Mel: The Obama camp gave me 30 or 40 songs that I needed to play. Stevie Wonder's "Signed, Sealed, Delivered (I'm Yours)" was for when he walked onstage before his speech and Bruce Springsteen's "We Take Care of Our Own" had to be played. Mostly they were all songs that would appeal to everybody and were fitting for the night. That all played while people filed in. I ran out of songs right after they announced that he won.

DJM: The songs that were meaningful had a theme of having a second chance or making it through tough times, like George Benson's "Love X Love" or Shalamar's "The Second Time Around." All those songs are about redemption and making things better.

PB: How would you describe the vibe at McCormick Place?

PB: What did having an opportunity to DJ at such a historical moment mean to you personally?

DJM: I'm still trying to wrap my head around the enormity of the event. As far as personal accomplishment, it's big, but on a musical level, I was representing all the DJs around the country by doing it properly. The music, where it was placed, was an integral part of the night and made a big impact on everybody.

PB: Where can people come out and hear you locally?

DJM: I play at Nasty's every Monday. That's been going on forever.

Many thousands of visitors will descend on Austin this weekend for the United States Grand Prix, the main event at the brand-new Circuit of the Americas track. I don't know exactly what Formula One racing is, but judging only by the complex shape of the track and the international audience it draws, I figure it's the high-class version of NASCAR.

No celebration in Austin is complete without a live music component, so organizers have filled the big rooms with commercial giants like Aerosmith and Enrique Iglesias (see Music Listings, p.84), and Downtown streets with five stages of local acts you can see for free on Friday, Saturday, and Sunday. (See Club Listings for complete line-ups.)

The festivities are certain to be a blast for the tourists, but for Austin's tried and true music cognoscenti, already satiated by a season full of events, are the street closures and hordes of jet-setters worth braving for free music? I say yes! Anything's worth trying once. Check out sets by Bridge Farmers, Black Joe Lewis, and Shakey Graves, or pick your own favorites from the schedule (www.austinfanfest.com/musicandparties/free-stages).

On the other hand, if you're auto-jaded to another big Austin event, I can't blame you. Here are some off-the-grid shows happening this weekend that won't be full of rich tourists.

• The Beaumonts, JWW & the Prospectors, the White Horse, 10pm

› The first wave of acts for the 2013 South by Southwest music conference has been announced. The list is largely made up of international bands like Alt-J, Klaxons, and White Lung, while stateside artists include Sonic Youth's Thurston Moore, Why?, and a solid selection of 23 local bands. See the whole first round at www.sxsw.com.

› Rap legend Rakim canceled his Fun Fun Fun Fest appearance for the second year in a row when Hurricane Sandy left him stranded at home in Stamford, Conn. His manager provided a photo of a massive tree blocking his driveway and reported that another one was resting on top of the vehicle he was planning on driving to Texas (Rakim is known for not using airplanes). Last year, the pioneering MC was taken off the FFF lineup due to injury. "I fully think he's jinxed for FFF," said festival booker Graham Williams when I emailed him begging for a third booking. "But we'll do a venue play sometime."

› Get well soon, Agent Ribbons and Michael Fracasso. On Halloween, the former local duo was leaving Memphis for Dallas when they were blindsided at an intersection, leaving drummer Lauren Hess' arm broken and totaling their car. They had to cancel the last of their trek, as well as several local shows, including a dream gig opening for Tilly & the Wall. The latter's auto accident that same week was equally bad, with the angelic-voiced singer-songwriter suffering a badly broken playing hand. Chronicle music blogger William Graham – 13-year-old son of Jon Dee Graham – stages a Teen Proper Nang Night benefit for Fracasso at Maria's Taco Xpress on Saturday, with a handful of U-18 locals, plus Dum Dum Girls offshoot Cheap Curls and special guests.

› The Boxing Lesson collaborated with animator Eric Power on a video for "Better Daze," the flipside to its excellent new single "Health Is the New Drug." Combining local footage and painstaking paper animation, the clip depicts Austin as inhabited by freaky space creatures. The Boxing Lesson takes part in NORML's Sixth Street Smokeout with Smoke & Feathers and more, this Saturday at the Flamingo Cantina.

› After three episodes on NBC's The Voice, Austin native Suzanna Choffel exited the program with a cool rendition of Bob Marley's "Could You Be Loved." Her TV coach, country singer Blake Shelton, dismissed her song choice as being too laid back. "You don't just get to choose any song you want. There is a list of approved songs and you get to rate them," Choffel explained. "I was definitely the wild card of the show, doing folk, pop, and reggae, and that may have hurt me in the end, but it's who I am." Choffel, in contrast to most televised singing contest hopefuls, remains a songwriter and working musician, and says the experience expanded her comfort zone, though her maturity, artistic or otherwise, was no leg up. "It definitely confirmed some of my fears about the industry – how age-centric and image-centric it is – but honestly, that's an L.A. thing. I certainly don't feel that way in New York or Austin, where originality is celebrated." Choffel hits JAX Neighborhood Cafe Friday.

› Encore Records, which shut down in June (see "Five O'Clock Land," Jan. 13), has been resurrected at East Sixth Street and I-35, neighbor to the nearby ND at 501 Studios. The local music retailer, known for its superb selection of metal, continues restocking CDs, shirts, and building its vinyl section back up. 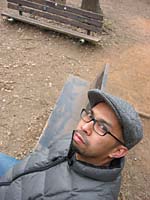