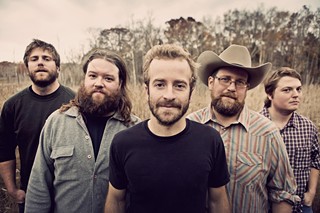 During South by Southwest 2011, thrash bluegrass quintet Trampled by Turtles showcased in a shot bar on Sixth Street in front of about 40 people. A little more than a year later, they've performed before a nationwide audience on Late Show with David Letterman. In between, they released Stars and Satellites, a moody meditation on blue-collar life in a new century.

For those just discovering the Duluth, Minn., outfit, the first question invariably involves the band's name. Singer and principal songwriter David Simonett explains that the group began as a side project, a break from rock bands they were in.

"We booked a couple of gigs and needed a name," he says. "Everybody brought a list of ideas they'd come up with, but Trampled by Turtles was the first one we all hated. At the time we had no plans for the band to go beyond Duluth."

That was in 2003, making TBT less than an overnight sensation.

"It's a nice trick if people think of you as a new band after 10 years," Simonett agrees. "I'm flattered by that. All our bands had broken up by 2004, so we committed to it and started touring before we had any business doing so – before we had any idea what we were doing.

"Being in our early twenties to now in our thirties, it's been an interesting growth to watch, both musically and personally. The band has been the constant and everything else changes around us."

In many ways, Stars and Satellites is a departure from the band's supersonic bluegrass, a reflection of that growth. That doesn't mean they've outgrown having fun. In collaboration with animated TV show Squidbillies, Trampled by Turtles now count "Walt Whitman" amongst their videos.

"We had worked with the show, so they were into the idea. We didn't see it until the day before it went up online. The whole idea was good because we didn't have to be in it. We hate doing videos." 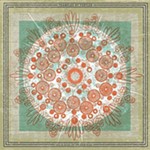