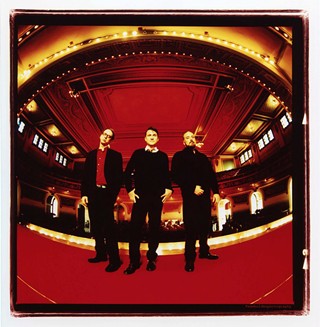 "Hold on, let me turn down the music," is the first thing Greg Dulli says. He's a man dedicated to sound, and though it's been a decade and change since his most visible project, the Afghan Whigs, Dulli's hardly been off a stage since his teens.

"I've been playing in bands since I was thirteen," he says in his worn velvet voice. "That's my thing – that's what I do. I never stop. Can't stop, won't stop."

A Cincinnati band Dulli formed alongside bassist John Curley and guitarist Rick McCollum in the late Eighties, the Afghan Whigs brought an unhinged hybrid of styles to some commercial but mostly critical acclaim before flaming out in 2001.

"There's elements of many genres in our music, and fascinations with everything we love," confirms the singer. "It's been our blessing and our curse that we haven't been easily categorized."

While reputation as a tremendous live act precedes them, Dulli says their skills have only sharpened as the reunited band wraps 30-plus shows.

"We're much better players than we were, I think. We're older and we've played more, and we've still got a fire in our belly. These are some of the best shows I've played with anybody."

Pressed for details about the group's ACL set, Dulli sounds happily unsure. Maybe a live tribute to one of his favorites, Doug Sahm?

"Last time we played Austin with the Twilight Singers I know we did a Chris Whitley song," he replies. "It's hard to say, but you're putting ideas in my head right now."