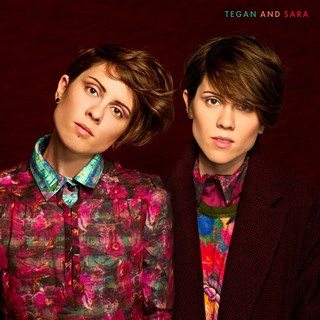 "['Closer'] is really representative of what we've done with the new record," enthuses Sara Quin, chomping at the bit for fans to get the full monty. "It's a party song, kind of a different sound for us, but I really want everyone to hear everything."

Anticipation is the name of the game for the sisters. Time away from recording afforded Tegan & Sara the time and space to collaborate – together and separately – with a variety of artists, from Internet indie rocker Jonathan Coulton to comedian Margaret Cho and Scandinavian DJ Tiësto.

"We just tried to write the hell out of the last couple of years to see what we came up with," says Sara. "I don't want to have enough songs, I want to have too many songs. I want to be drowning in great songs."

Now, the sisters take that ocean of songs on the road.

"There's always anticipation when you're about to do it," she declares. "I'm ready to play these songs for someone other than just us."