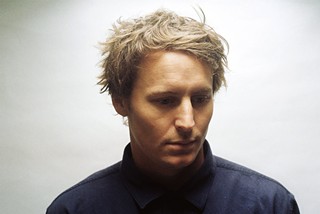 Ben Howard's music exposes a delicate intimacy braced by surging power. The UK songwriter's debut LP, Every Kingdom, given stateside release this spring, finds a dynamic tension between acoustic picking and meditative, José González-like vocals, and a broiling turmoil. It's an introspective approach that he's had to reconcile with his increasing popularity.

"The music you play, it's never intended for other people, so it's quite amazing dealing with stuff now, because obviously any tracks I write, a lot of folks are going to hear," admits Howard. "It definitely plays on my mind quite a lot.

"When you first sit down to write songs, you have to be selfish. You have to write songs for yourself and not worry about what other people are going to say or think about it. But ultimately it does go out to a lot of people and it will make its way into their lives, and that's really special."

Having just finished recording a new EP outside his home in Devon, Howard tried to incorporate more of the power he's developed playing festivals, while still retaining the rural-repose core to his sound.

"It's still songs from home, but a couple of them are a little road weary," he offers. "It's a little bit more electric and slightly more soundscape-y, with a few more interesting noises in there.

"I was really looking forward to getting in the studio and recording. I get really angsty if I've got songs building up and I haven't gotten them recorded. It got to a boiling point where I thought, 'I really need to get these tunes down.'"