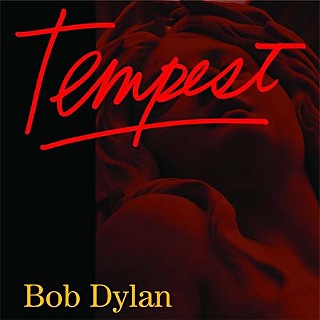 Bob Dylan's 35th studio album arrives on the 50th anniversary of his eponymous debut. In that half century, he's given popular music more than its fair share of certifiable masterpieces. What Tempest shares in common with his best work is an unparalleled knack for narrative. The 14-minute title track, retelling the sinking of the Titanic complete with references to James Cameron and Leonardo DiCaprio, may not equal "Chimes of Freedom," "Desolation Row," and "Hurricane," but it's still a spectacular yarn no other songwriter would attempt. Likewise, "Scarlet Town," "Tin Angel," "Roll On John" (a touching tribute to John Lennon), and "Pay in Blood," with the searing lyric, "I pay in blood but not my own," are all extraordinary in their characteristically plaintive storytelling and literary fortitude. Austin guitar ace Charlie Sexton in tow, Dylan displays his enduring love for blues rock on "Duquesne Whistle," co-written with Grateful Dead lyricist Robert Hunter, and the rollicking "Narrow Way," while "Early Roman Kings" cops the well-worn electrified Mississippi riff of Muddy Waters' "Mannish Boy" and Bo Diddley's "I'm a Man." Dylan's romantic side rises on the dreamy "Soon After Midnight," on which the bard's sandpaper croon comes across as rather endearing. As with the albums that have come in its wake, this one will be compared to 1997's Time Out Of Mind, the last truly great Dylan disc. Though not of that caliber, Tempest finds Bob Dylan still very much in the game.