Being a musician doesn't always come with a choice, and rarely includes health insurance, so HAAM Benefit Day remains paramount 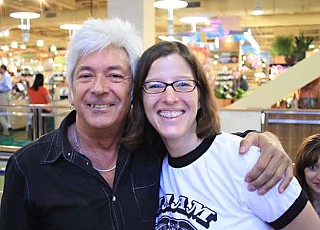 Years ago now, when a drummer in one of my bands back home was diagnosed with spinal cancer, it made the previous year's bandwide staph infection feel like chicken pox. The benefit we organized in our tiny Michigan town raised more than $1,100, a most impressive figure until I learned it covered less than 1% of his medical bills. No one in the band had insurance. Few musicians do.

In the late Fifties, Philly doo-wop quartet the Silhouettes hit with "Get a Job," to which Detroit's Motown kings Smokey Robinson & the Miracles answered with "Got a Job." Easy, right? Land employment, gain insurance. Only, being a musician makes day jobs somewhat onerous to say the least, especially since the troubadour's path rarely begins as a conscious decision. For some it's a crusade; for others it's the only craft they ever possess. Maybe it's analogous to sexual preference: not something someone chooses.

So we do what we do to get by. When not performing, we're part-time pizza cooks, door guys, record-store clerks, guitar techs, and freelance music writers. We live mostly to channel ourselves through amplifiers, to relate emotions with 12 notes, to entertain. For that, we try to stay healthy in a profession grounded in late hours, death-trap touring vans, alcohol and substance abuse, and shit pay.

During a Halloween show at the Longbranch Inn last year, some burn wounds on my fingers opened up and gooed all over the neck of my mandolin. It was painful, difficult, disgusting. I should've gotten the blisters lanced, but I was already dodging the billing department at St. David's Medical Center from my previous visit. I'm a fool in debt for not yet signing up with the Health Alliance for Austin Musicians (www.myhaam.org), the local organization that provides low-cost medical coverage for local artists. Valuing art by valuing artistry, HAAM fosters creativity by making musicianship a sustainable career.

Tuesday, Oct. 2, is HAAM Benefit Day. All day and night, musicians perform at more than 200 local businesses, each of which is donating 5% of their day's profits to HAAM. Last year, $235,000 was collected, allowing the organization to enroll new members and care for the 2,000 for whom they already provide coverage. On your morning coffee run, during lunch break, when you're out for dinner, and during late-night partying, hit up a participating business and drop some cash so HAAM can continue healing the people who give Austin its good name. 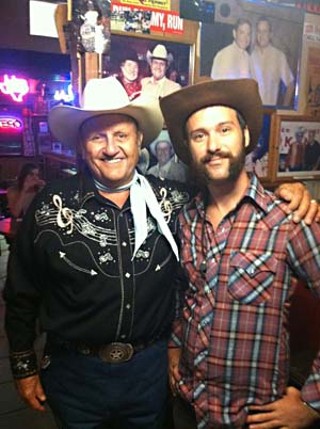 James White (l) and me

On one side of the vaunted Broken Spoke, a crane looms over busted rocks and orange plastic fencing. On the other towers a pile of gravel equal in height to the 48-year-old dance hall. Not a pretty sight. But the valet parks my bicycle for free ... wait, a valet? Turns out the attendants are a consolatory gesture from developers that have shrunk the South Lamar honky-tonk's parking lot with a pair of swanky apartment buildings on the way.

"When I started out here, there was nothing – not another building in sight," sighs Spoke owner James White, perennially outfitted in a Stetson hat, pearl-snap shirt, and sideways cowboy scarf. "I never dreamed about having apartments on each side of me."

Up the street in South Lamar Plaza, the equally venerable Ray Hennig's Heart of Texas Music and Austin Vintage Guitars received their 60-day notice to make room for another large-scale development. There's no doubt bulldozers and multimillion dollar contracts are changing South Austin – in hideous ways, to some eyes. White, however, looks for the good in the situation.

"There will probably be 500 people living real close, so hopefully I can draw them in," he offers.

Asked about the future of the Broken Spoke, which has a long-term lease through the developers working the property on either side of the restaurant and music venue, and White says he'll keep running it. When he's gone, his daughter will run it and then eventually his grandson.

"I love the Broken Spoke. I've put my sweat, blood, and heart into it, but I never cried over it and they ain't gonna make me cry. I'm gonna keep on working."

› The Monkees' Peter Tork joined the Little Elmore Reed Blues Band for a couple of songs during their Monday night residency at the Legendary White Swan this week. Tork surprised everyone there, including the band, as he took the stage and led a version of Slim Harpo's "Mailbox Blues." Tork was accompanied by MusicMakers' guitar wiz Lauren Ellis, who used to play in his band Shoe Suede Blues. He was floored by the quality of the house band, too: "Maaaagnificant ... they're fabulous!" Reaction to his sit-in was equally awesome. According to one local: "My mom would have fucking shit."

› Fiona Apple and I live very different existences. She's a Grammy-winning singer and I'm an underachieving rocker. We do, however, share the experience of getting taken down on drug-related charges at the Sierra Blanca checkpoint in West Texas. Apple missed her Moody Theater performance last Thursday after border agents found personal amounts of weed and hash on her tour bus the day before. Reps from the Downtown venue expect a makeup date locked down soon, but there's a lesson here that should've been learned when Willie Nelson and later Snoop Dogg were detained at the same spot: If you're taking I-10 East into Texas, save yourself some real trouble and lose your stash before mile marker 102.

› Hardly Sound, the new KLRU show created by former Leatherbag leader Randy Reynolds and director Chris Kim, spotlights local artists without the pretense, drama, or cliches native to music docs. A month goes into each episode. "The more time you spend with someone, the more they show you," explains Reynolds. "It's like becoming friends with somebody. That takes time." The first episode featured the Bye and Bye frontman Jeff Somers rescuing an upturned turtle during a birding hike as Kim's narration pondered existence. Imagine if Werner Herzog had directed Minutemen doc We Jam Econo. This month's subjects are the gritty retro-rockers the Bad Lovers, a phenomenal quartet whose members play in a dozen local bands. "We're allowing the subjects to be a liaison to the scene they're in," explains Reynolds. "It's a way to talk about a scene that maybe not anybody knows." Episode two airs Monday, Oct. 1, at 11pm on KLRU.

› A series of seminars called Four Nights of Music Rights, hosted by local attorney Chris Castle, are open to all with preregistration at www.talarts.org. The sessions take place every other Tuesday at the Long Center at 7pm. Next week's installment is called Getting Paid for Your Work: Artist Agreements, Songwriters, and Licensing. The Oct. 30 edition will feature David Lowery of Cracker and Camper Van Beethoven discussing music clearances for tech startups. 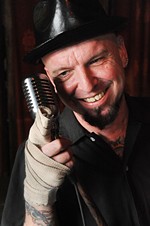 Playback
HAAM Day to the rescue! 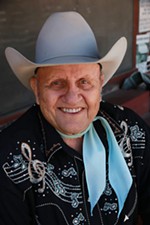