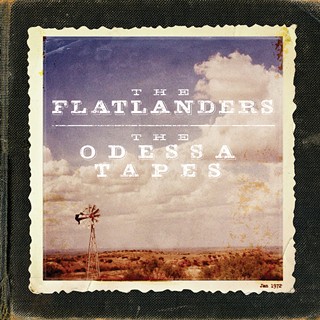 
More a shelved Jimmie Dale Gilmore album than a long lost Flatlanders' 8-track, The Odessa Tapes reiterates the fact that the all-star West Texan troupe originally formed as a backing band for the golden warbler from Amarillo. Remember that in 1990, when Rounder Records floated More a Legend Than a Band, they had recovered mostly forgotten Nashville sessions from 1972 meant to hock Gilmore as a country singer. While Lubbock compatriots Joe Ely and Butch Hancock lent harmonies, with the exception of the former's co-lead vocals on two tracks, one would never know it from the final product, and The Odessa Tapes unspools no differently. Duplicating nine of the 13 tracks on More a Legend, this shoebox three-track tape also unearths a quartet of tunes unique to Flatlanders' legend: Gilmore's "Number Sixteen" and "Story of You," and Hancock pair "Shadow of the Moon" and "I Think Too Much of You." Lushly strummed and luxurious of melody, opener "I Know You" debuted in 2004 on previous New West archival discovery Live '72, while the gorgeous "Number Sixteen," with its polished pluck and chromium accordion blush, helped distinguish JDG's major label debut, 1991's After Awhile. Both team with Hancock's minor revelation "I Think Too Much of You," a two-step waltz of understated Southwestern romanticism. Odessa's luminous version of Gilmore's "Dallas" – consider its musical saw vibrato the aural equivalent of the 13th Floor Elevators' electric jug whoop – might even be definitive. Evergreens ("Tonight I Think I'm Gonna Go Downtown"), anthems ("One Road More") – The Odessa Tapes has it all, most tellingly a warmth and intimacy foreign to More a Legend's typically starched Nashville conformity. Accompanied by a half-hour DVD doc and liner notes from the Austin trio's panhandle comrade and Chronicle mystic Michael Ventura, The Odessa Tapes could be more a legend than More a Legend. 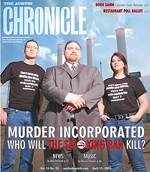 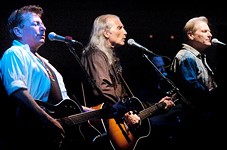