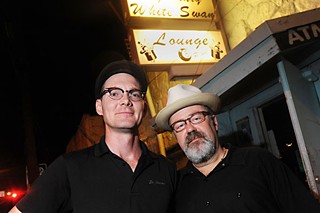 Recently, after a show at his other club, Beerland, owner Randall Stockton admitted to me how the Chronicle's cover story on 12th and Chicon ("Working the Corner," News, July 13) had hurt business at his Eastside lounge the Legendary White Swan. Highlighting police issues around the Eastside corner, the story began with an anecdote about a local resident being bitten by a recidivistic female thief. That scared off customers and, according to Stockton, caused the bar's somewhat scant sales to drop dramatically and jeopardize its future.

Frontiersman of Austin's Eastside, Stockton was among the first to acquire East Sixth Street digs with Rio Rita in 2007. Back then, property east of I-35 was considered rugged turf and now, as Stockton put it, you see girls riding bikes in bikinis at 2am. On East Sixth, he was an early adopter of a neighborhood in boom, but he may have been too early for the yet-to-be-fully-gentrified 12th and Chicon, where he revamped the already-legendary White Swan in 2011.

Last week, I stood outside the Swan with doorman Gary Lindsey and Chronicle staff photographer John Anderson. An old Eastsider named David bummed my cigarette. "You white people should buy up everything on this street," he instructed. I told him that we, unfortunately, weren't those kind of white people. "Still," he said, "it's better now than it used to be." He then described gauntlets of hookers and bugged-out druggies that crowded the block in the Eighties and Nineties, looking around as if to imply, "This ain't shit." In his long memory of the Eastside, David sees improvement that younger eyes can't see and closed minds won't see. Thus, a stigma of danger persists.

Here's my point: You won't get bit at the Legendary White Swan.

It's a peaceful, hassle-free place that's one of the most comfortable bars on the Eastside. Do yourself a favor and go there on a Monday night to see the Little Elmore Reed Blues Band rip through a couple sets of dense, Chicago-style blues, or check the venue's calendar for punk, country, and comedy shows. All those styles will be covered Sept. 1 when my philistine quintet Cunto! plays with legendary genre-benders Walter Daniels & Ralph White. 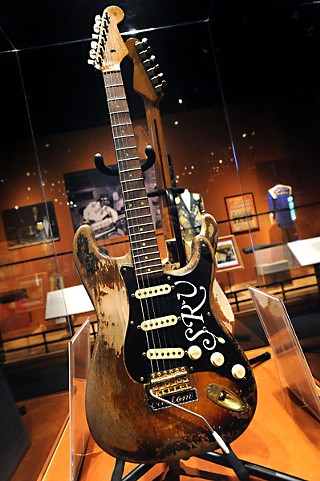 None, however, can captivate like Number One. Stevie Ray Vaughan's go-to guitar rests upright in a glass case, drawing you in and freezing you in time. The ragged American Stratocaster with 1959 pickups, a '62 neck, and a '63 body, reveals upon inspection a brutally worn finish, upside-down tremolo bar, cigarette-burnt headstock, and pick-scratched truck-stop stickers that spell the local blues-rock legend's initials. This is arguably the most famous electric guitar on earth. B.B. King's Lucille has a better-known name, but none could be picked out of a lineup. It's the crown jewel of an immense exhibit that uses memorabilia, recordings, vintage photos, and interactive displays to tell the complicated history of Texas music.

Not just honkys in honky-tonks, the exhibit explores the cross-pollination of cultures that forged this region's varied sounds. Accordion-wielding Europeans, French-speaking blacks, Mexican émigrés, and Native Americans all met at these crossroads.

"We tried to represent all the major ethnic genres in Texas," explains Texas State University department head and guest-curator Dr. Gary Hartman, a scholar who specializes in ethnic communities. "There's African-Americans, Mexican-Americans, and Anglo-Americans, but we also wanted to make sure we included Czechs and Germans – those smaller groups that also played important roles."

Cultural collisions benefit music. In the late 1880s, a young black kid from Texas named Scott Joplin got free piano lessons from a German teacher and then mixed European conventions with Afro-syncopation to pioneer ragtime. A century later, the Texas Tornados combined conjunto, country, and rock for Tex-Mex perfection.

The exhibit also nods to local institutions that propelled Texas' musical reputation into fame, like PBS' Austin City Limits, Antone's, and the Armadillo World Headquarters. According to Hartman, the Texas Music Roadtrip collection is among the Bob Bullock's most popular exhibits ever, with some 12,000 weekly visitors, and at $9 and under, music junkies can't afford to miss it. Catch it before it goes away on Oct. 14.

The Austin Chronicle Hot Sauce Festival is upon us again and if you're a dedicated Taco Bell sauce-packet man like myself, sampling dabs of salsa on corn chip shards only distracts from the 22-year-old event's stellar music lineup. That's why I'll be there, because like any other big event in Austin, Sunday's performance schedule is proof that the city has the best bands anywhere – our free condiment festival has a better lineup than some cities' actual music festivals. Kill the pain of your scorched tongue with grungy punks Residual Kid, outlaw country sophisticates Crooks, heavily seasoned roadhouse jams from Sauce Gonzalez & the Westside Horns, honky-tonk harvesters Mike & the Moonpies, and Gourds singer Kevin Russell's Shinyribs. Don't come to Waterloo Park, currently a mess of construction. This year's Hot Sauce celebration is at Fiesta Gardens, 2100 Jesse E. Segovia St. See all the details here.

› ACLx2 is a go. On Aug. 16, the City Council unanimously approved a resolution encouraging the city manager to give C3 Presents an additional weekend of park use for the Austin City Limits Music Festival in 2013. 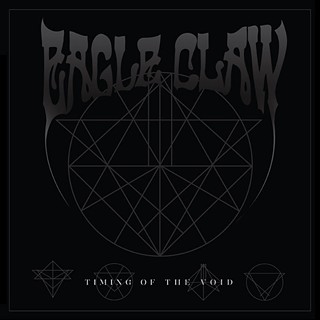 › Playback has confirmed that the Sword and Eagle Claw – top finishers for Best Metal band at the Austin Music Awards – will be touring together. While no official details have been announced, the two local acts will reportedly join up for shows out east in the fall. Eagle Claw's second LP, Timing of the Void, was produced by Sword bassist Bryan Richie and will be available on Oct. 6. The Sword's fourth album, Apocryphon, is slated for an Oct. 23 release on New York indie label Razor & Tie.

› As reported on our blog last week, Ruta Maya Cafe will shut down on Sept. 1. Owner Tim Sheehan cited rent increases as the reason for the SoCo coffee shop/venue's closure, but said he hopes to reopen in another location by year's end. La Ultima Noche, a last hurrah with lots of bands, is planned for Aug. 31.

› Willie Nelson is fine, says his representative Elaine Schock after reports that the 79-year-old singer had been hospitalized for breathing problems and missed a charity concert Saturday night in Denver. He's still on for his Backyard concert this Saturday. See Music Listings. 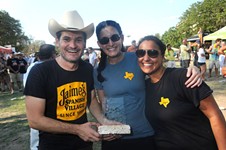