Tall tales of Texas and beyond

33 Revolutions Per Minute: A History of Protest Songs, From Billie Holiday to Green Day


Like many people appalled by what's happened in the United States these past 12 years, I've become passionate about politics in ways previously unimaginable. British music critic Dorian Lynskey expands that concept into 33 chapters ranging from the titular Billie Holiday's "Strange Fruit" to Green Day's "American Idiot," with the author doing a bang-up job recounting the circumstances, personalities, and results (or lack thereof) surrounding each song. Lynskey doesn't limit himself to folk, rock, or jazz either. Chapters on James Brown, Fela Kuti, and Public Enemy reveal backstories long forgotten. The same is true of his discussion of the riot grrrl phenomena of the Nineties. Some of Lynskey's choices are obvious (Dylan, Guthrie, Seeger, Gil Scott-Heron, Billy Bragg), others less so (Nina Simone, REM) – but all are useful in describing a particular time or movement. One glaring omission is Phil Ochs. Although he's mentioned liberally in the chapters dealing with the Sixties, Ochs was in some ways more important, and certainly more active, than Dylan when it came to protest songs – and in this context remains miles beyond U2, which is given a chapter simply to discuss Live Aid, Band Aid, and USA For Africa. An examination of Steve Earle's "John Walker's Blues" is particularly notable for the way it introduces dialogue on Toby Keith's jingoism and the persecution of the Dixie Chicks. The combination of lively prose and well-researched subject matter make 33 Revolutions Per Minute an engrossing sociological overview of the past 70 years in musical activism. Anyone who gladly mixes music and politics these days – and I know you're out there – will it find hard to put down. 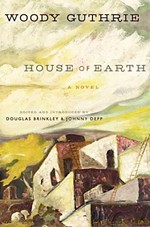