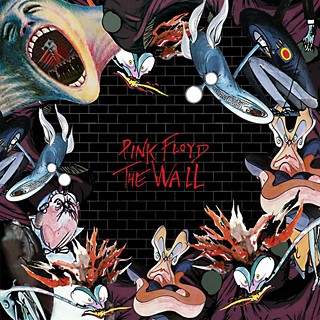 
The Wall is Pink Floyd's greatest contradiction. The 1979 double album signifies both the band's most ambitious accomplishment – a tyrannical, two-act spectacle of profound proportions – and its most personal, detailing the English quartet's fatal estrangement from its audience and each other. The latter feat serves as a focal point for this seven-disc Immersion box. With two discs dedicated to demos in various stages of completion, this Wall offers a brick-by-brick analysis of the doomed masterpiece in scrapped selections – frantic psych-funk sample "Backs to the Wall" and juvenile piano ballad "Teacher, Teacher"; guitarist David Gilmour's skeletal stab at "Run Like Hell." While legally regarded as bassist Roger Waters' masterpiece, the sheer volume of demos reiterates the full band's impact on the material, most notably in the way Gilmour's wordless blueprint for "Comfortably Numb" lays the foundation for Waters' medicated prototype "The Doctor." Much like the complimentary deluxe reissues of The Dark Side of the Moon and Wish You Were Here, the rest of the set is mostly filler (coasters, marbles, commemorative cards, and photocopies of Mark Fisher's sketches for the concert production), dominated by remastered editions of both the original 2-CD set and the previously released Is There Anybody Out There? The Wall: Live 1980-81. Storm Thorgerson's original LP designs have been usurped by the satirical surrealism of animator Gerald Scarfe. "I really wanted to get away from standard Disney animation and try to draw things in a more realistic way to have more impact," notes the former in a vintage 18-minute interview included in the otherwise forgettable DVD. The real prize here is Waters' demo excerpts, 22 recordings chopped into a dizzying 14-minute medley of delusional grandeur. The bassist sounds not like a jaded rock star, but like an outsider folk artist – sheltered and off-kilter – finding escape in lo-fi pop oddities full of echo, warm synths, and cross-faded effects. He mimics explosions ("Hey You") and drums ("Bring the Boys Back Home"), while "Empty Spaces" and "Another Brick in the Wall, Part 2" are cast in ghostly dementia. It's a shame that only this fleeting glimpse is allowed into Waters' work, the singer-composer still relishing "perfect isolation" as he notes in the 50-minute DVD documentary cold comfort provided by the wall. (Roger Waters tears down The Wall at the Frank Erwin Center Thursday, May 3.)