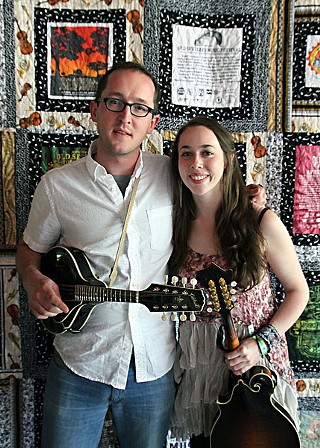 
From the frantic banjo of Frank Solivan & Dirty Kitchen, which carried out into the parking lot, to Amos Lee's set-closing tribute to Levon Helm, Friday at the Old Settler's Music Festival flew by with a divine array of American music. It may have been the early 4pm slot, but it took Ha Ha Tonka mere minutes to achieve liftoff. The Missouri-based quartet employed four-part harmonies and an electric mandolin to balance indie rock with alt.country, going a cappella on "Hangman," a ghostly visit to the gallows. The Steep Canyon Rangers followed with a set more traditional than its new disc Nobody Knows You, while Austin's upstart Wheeler Brothers called up local singer-songwriter Drew Smith for his raucous take on the Band's "Ophelia," a heartfelt dedication to Helm, who died the previous day. Across the Salt Lick Pavilion park, Louisiana's Pine Leaf Boys were putting on the most energetic set of the day, sparkling accordion matching the glorious afternoon as they put on a Cajun dance spectacle that left many breathless. A new music term was introduced with the appearance of Psychograss, who called what they do "post-grass," meaning they take bluegrass to another plane. The acoustic quintet approaches jazz with some of the world's best pickers, including fiddler Darol Anger and banjo player Tony Trischka, for a sound that's adventurous and surprisingly wank-free. Amos Lee's headlining set recalled another young, Americana-branded soulster, Ray LaMontagne, without the overbearing pretentiousness. Looking like Seth Rogen with glasses and a scruffy beard, Lee was just as nerdy, but self-effacing to a fault. He swung some gospel, burned a rootsy anthem or two, spoke of his days at the Kerrville Folk Festival, and delivered the hearty "Wide River To Cross" from Levon Helm's Dirt Farmer.