To the fat cats on Wall Street: Shill out that "Easy Money." Meantime, Bruce Springsteen plays for the "Shackled and Drawn," "the blacks, the Irish, Italians, the Germans, and the Jews." The Jersey Boss' 17th salvo stands as proof, a fiery hour written on behalf of all the saints and sinners working American soil since the credit system went bust and the housing market collapsed. Wrecking Ball spins Springsteen's most focused work since 2002's The Rising and most defiant and hooky since 1984's Born in the U.S.A., a state of the union taking inventory of the last decade's domestic wreckage in "Death to My Hometown" and "This Depression." That cry comes echoed by 49 musicians, including guitarist Tom Morello ("Jack of All Trades"), the New York Chamber Consort, and E Street Band members Max Weinberg, Stevie Van Zandt, Patti Scialfa, Charles Giordano, and recently departed Clarence Clemons – everyone standing tall as the top dog faces down the shores of tomorrow with a barrel chest and B-movie wit. "Come on and take your best shot," he sings. "Let me see what you've got/Bring on your wrecking ball." It's no coincidence the album's second half builds with collective subtlety ("We Are Alive"), featuring a rapped verse on "Rocky Ground" while overall modernizing the activist Celtic folk of 2006's We Shall Overcome: The Seeger Sessions – both embodying the ideal of this American land. The voices are the same, the ones whose imaginations Springsteen first caught in the summers of the mid-Seventies, the ones who crammed baseball caps into their back pockets in the Eighties, and those "Countin' on a Miracle" since the towers fell. "They brought death to our hometown, boys," chants the man for all seasons. "Come on and take your best shot." 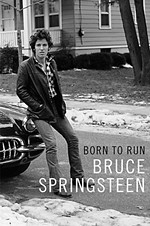 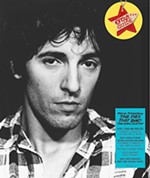