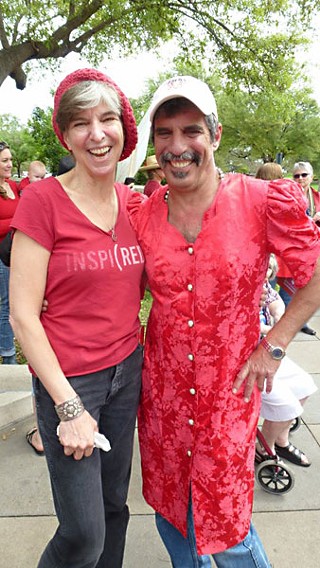 Marcia Ball's brother Vance Mouton showed up in a red dress in support of Seeing Red. And I thought I had the only brother who would do that!

It's been a quiet week down south in the county, except for the flock of sheep I nearly drove into while returning home from South by Southwest this year. Two ewes and three lambs escaped their home in my rural neighborhood and exercised their freedom in the middle of the street, as if this were Bally-castle, Ireland, and not Manchaca. I liken herding sheep to running the Austin Music Awards, especially since they're absolutely adorable. The sheep were cute, too.

Zach Ernst knows a little about herding. Before he stepped up as collaborator with Black Joe Lewis and then joined the Relatives, he was a UT student and member of the Student Events Center's Music & Entertainment Committee. Valuable experience for an aspiring musician, but even better because he fulfilled musical dreams like booking Little Richard at the Forty Acres Fest. Even that didn't sate his appetite for promotion: On Saturday, March 31, he's booked rockabilly cult favorite Johnny Legend at the Continental Club, along with San Antonio garage titans Sons of Hercules and Austin's reigning kings of Red River, the OBN III's.

"[Legend] remains unknown to anyone but the geekiest record collectors and cinephiles," writes Ernst. "[But] he's still a vital and compelling live performer that can put to shame most frontmen half his age. Anyone who witnessed his last Austin performance at Cinema West in 1977 will be amazed at how kind the decades have been to him." 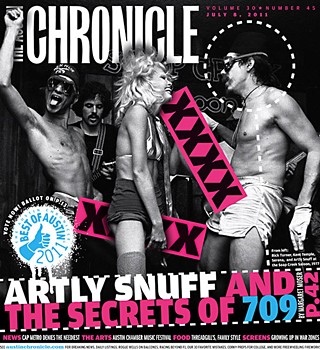 Legend's "a truly amazing live performer," insists Ernst, "not to mention a real contender for the title of Most Interesting Man in the World."

If Ernst enjoys wearing the booking agent hat, Marcia Ball is making a stand for wearing red. Austin's queen of the 88 keys has organized Tuesday Seeing Red protests from noon to 2pm at the Capitol, inviting those who also oppose the state cuts of health funding to low-income women to join her and wear red in support. In an email Monday, Ball apologized that she had to cancel shows for the next two weeks, but promises she'll return on April 10, and invites Kay Bailey Hutchison to join her. And if you can't be there in person, Ball urges people speak out another way.

"If you can only write to one State Representative this week, I suggest Rep. Wayne Christian, R-Center, who says, 'We kind of blend being anti-abortion with being anti-Planned Parenthood.' 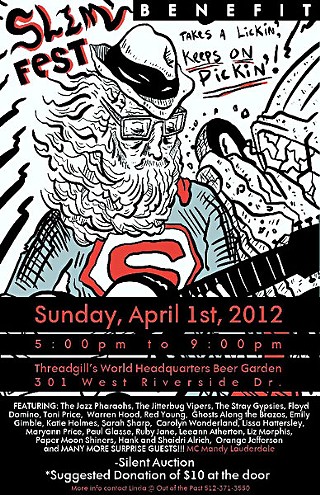 "I might add, 'And you don't care who gets hurt while you do it.'

"My reasons for jumping into the women's health program fray had nothing to do with Planned Parenthood. I just couldn't believe that we could sit by and watch a bunch of zealots destroy a perfectly good system of health care delivery to low-income women. But now, more than ever, I believe that Planned Parenthood deserves my support."

Ball has never been afraid to speak up or speak out, and has taken plenty of heat for her opinions, which go something like this: "Here are some figures from the Gutt-macher Institute: Abortion is a common experience – about one in three American women will have had an abortion by the time she reaches age 45. In 2008, there were 1,793 abortion providers in the United States. Thirty-four percent (611) of these providers were hospitals and 19% (341) were private doctors' offices but these providers only performed 5% of abortions done that year. And I'll tell you why. Because you need money to get an abortion at a hospital or doctor's office.

"That's $350 to $550, and I'll wager that many women who have the money don't go to their regular doctor for an abortion but to one of the 840 clinics where abortions are available. Almost two-thirds of insurance companies cover abortion to some degree. Only poor people can't get abortions easily. And now they can't even get birth control or a pap smear." 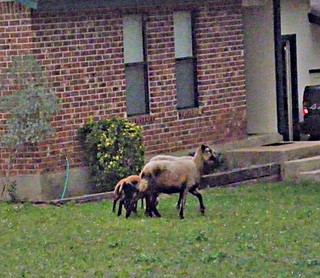 The flock that strays together: loose sheep down in Onion Creek Meadows.

Didja hear the one about the Austin musician mowed down by a hit-and-run driver while loading his equipment on Sixth Street? Sorry, no punch line here for Slim Richey of the Jitterbug Vipers. That really happened to him in February, and was reported thusly via a post on Sarah Sharp's Facebook page: "I just saw the worst thing I have ever seen. A hit and run accident on E. Sixth. I saw and heard a man get hit by a brown SUV. I watched the driver back up and peel out. I watched bystanders try to chase him down and dive out of the way as the determined felon made as if to run them down. Dealer plates. Vanished. The worst of humanity. I have seen a lot of sad, bad things. This was worse than those. If you pray, maybe pray now. Pray the bad guy gets it in the end and the white haired gentleman finds his way to better at Brackenridge. Fuck. This world ...."

Slim's doing better thanks to those who love him, and this Sunday, April 1, they're pitching in at Threadgill's World Headquarters to help him and his wife, bassist Francine Meaux Jeaux. Among the many musicians whose names fill the poster are Stan Smith, the Jazz Pharaohs, the Jitterbug Vipers, Floyd Domino, Toni Price, Emily Gimble, Sarah Sharp, Carolyn Wonderland, Lissa Hattersley, Maryann Price, Paul Glasse, Ruby Jane, Leeann Atherton, Red Young (no Black or Black, sorry!), Warren Hood, Beth Galiger, Mike Barnes, and Hank & Shaidri Alrich, who put on at Threadgill's one of the most engaging sets I saw last year.

And did I mention that Francine's stand-up bass was destroyed in the crime? Contribute through ChipIn (mostdangerous.chipin.com/slim-richey-and-francie-meaux-jeaux). You could probably even wear red.

Let's not let this column close on a cheery note. As Encore Records, Video & Apparel has spent this year closing down, Sunday, April 1, marks the last day of San Marcos' venerable Sundance Records, one of the oldest music stores in Central Texas and the only independently owned shop in San Marcos.

When Bobby Barnard opened 35 years ago, Kiss and disco ruled. A few years later in 1981, Sundance was the only place in San Marcos to carry the Chronicle. We cherish Sundance Records for that, and wish its music good and loving homes. 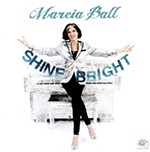