The Last Holiday: A Memoir


Most of us had not heard from Gil Scott-Heron for many years when he released his 2010 comeback album I'm New Here. Less than two years later, he was dead at age 62 in the wake of an HIV infection and a long, debilitating struggle with substance abuse. Cited as "The Godfather of Rap," his politically charged, poetically lyrical songs such as calling card "The Revolution Will Not Be Televised" and "Winter in America" were extremely influential in their day. Now comes this posthumous memoir that, while shedding light on specific portions of Scott-Heron's life, is frustratingly disjointed. Sections on his childhood in Jackson, Tenn.; adolescence in New York; and social activism at the historically black Lincoln University are fascinating and lay the foundation for the artist to come. Once his career in music is under way, however, there are gaping holes in the narrative. Much is written here about opening for Stevie Wonder in 1980 on the latter's Hotter Than July tour whose purpose was to drum up support for a national holiday recognizing Dr. Martin Luther King Jr., hence the title of the book. His insights into Wonder's character and devotion to the cause are enlightening. If only the author had shined such a focused light on his own overall career. At its best, his writing flows with a poetic touch where the reader can almost hear his songs. We could certainly use Gil Scott-Heron's voice and vision now. (SXSW Panel: Mandate My Ass: Gil Scott-Heron's Activist Legacy, Fri., 5pm, Austin Convention Center, Room 17B) 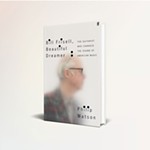