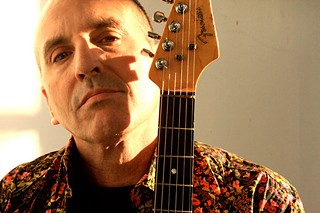 The headline "power-pop" usually means short, punchy tunes with hooks and melodies to spare. That doesn't mean its practitioners initially welcomed the designation.

"We hated the term 'power-pop' when we first heard it," says genre icon Paul Collins. "It didn't help us – it kept us out. If it was power-pop, radio wouldn't play it. Now it means something different and we love it."

Collins isn't only referring to himself and his band the Beat but also to his compadres in the legendary trio the Nerves, whose work in the Seventies helped spark the power-pop movement. Collins shared singing/songwriting duties in the Nerves with Peter Case, with whom he also formed the short-lived Breakaways prior to the rise of the Beat and Case's equally beloved Plimsouls.

Now, in the wake of Alive Naturalsound's reissues of the Nerves' and the Breakaways' recordings, Collins has teamed with Case to showcase both leaders' greatest work of that era.

"The set list is to die for," enthuses Collins. "It's the best of the Nerves, the Beat, and the Plimsouls. I'm having a great time playing my music with people who love it."

And they're taking the show to an eager audience thanks to the Internet being the ultimate greatest tool to spread the love of the genre. With tons of bands identifying themselves as power-pop, Collins created the Beat Army, a Facebook page to help those bands connect, building relationships and setting up gigs across the country.

"The goal is get 100 paid tickets at every club show. We're about 70 to 75 percent there. These kind of fans will put money in this music because they love it. It's not just a band. It's the soundtrack of their lives."