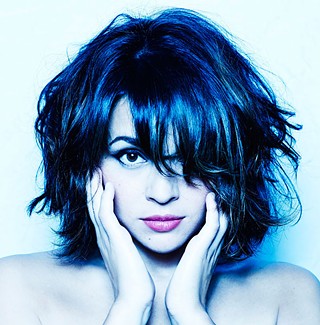 In 2002, Norah Jones exploded into the national consciousness with her diamond-certified, multi-Grammy-winning debut, Come Away With Me, on Blue Note Records. Since then, Jones, raised near Dallas and the daughter of Indian sitar legend Ravi Shankar, has dropped three more LPs, an album of duets with the likes of Ray Charles and hero Willie Nelson, starred in the indie film My Blueberry Nights, and recorded two discs with her country side project, the Little Willies, who brought the new For the Good Times to South by Southwest.

For all this, Jones remains down to earth, although her upcoming Little Broken Hearts, due out May 1, offers a range of textures and spooky sounds typically not associated with her past work. Much credit for the makeover goes to producer Brian Burton, aka Danger Mouse, who co-wrote each of the dozen tracks recorded in his studio during six weeks last year.

Austin Chronicle: Where are you calling from?

AC: You've lived in New York a while, but do you miss being in Texas?

NJ: Every time I go back to Texas, I feel like I could move back there. I just love the feeling in Texas. It's a different thing, especially when you've been gone a while and you go visit or when you go with someone who's never been.

AC: You worked with Brian Burton on the new album and previously on his Rome project. What's that collaboration like for you?

NJ: It's great. We got to know each other on the Rome album, and I asked if he wanted to work together. He said we should mess around in the studio and just see what we come up with. So we did. I never worked like that before, where you're writing everything in the studio pretty much and sort of building tracks and playing whatever instruments are around. That was really fun for me, and we got along really well.

AC: In addition to being an in-demand producer, Brian Burton's a musician. What you describe is very of the moment.

NJ: He definitely goes toward different sounds than I'm used to. And he has a lot of really amazing vintage keyboards. His studio is small, but it's packed with all these great old organs and stuff that I don't even know how to work, but when we got the right sound, I could play it. That was really fun. I don't have patience for gear. I never have. I'm not a knob turner [laughs], so it was great to have access to all this stuff, and that's why the record sounds very different for me.

AC: The Little Willies just released a second album. What was that process?

NJ: I spent about a month and a half in the studio with Brian out in L.A. doing my new album, and I spent probably three days in the studio with the Little Willies. We did it in about three days ... in my studio, actually, in New York. That band is such a live band. We'll go play gigs and then get the arrangements together and then go to the studio and bang it out. So that's more of a quickie [chuckles].

AC: The Little Willies covered "You Don't Know Me" by Cindy Walker, which Willie Nelson also covered on his Cindy Walker album. What other songwriters are in danger of being forgotten — a songwriter that's ripe for rediscovery.

NJ: That's a good question. I love Townes, but I'm not sure he's in danger of being forgotten.

AC: Did you grow up playing country music in addition to jazz?

AC: Your background as a jazz musician has been celebrated. The new album's a little further away from anything resembling classical jazz. Do you see circling back around to a more conventional style?

NJ: I'm pretty open now. I mean I don't see myself making a career move as a jazz artist. It's music that I love, that I grew up playing, but I definitely think it would be fun to do something some day that would be more traditional jazz. It would be great for me to stretch out and play some piano.

AC: Did you have specific notions about the sound of Little Broken Hearts? When you sat down with Brian, did you have a sense that you would be doing something new? He definitely takes you in a different direction.

NJ: Well, I knew it was going to sound different, and I was excited to try his thing. I know he really likes dark things, so we talked about it, and I told him I wasn't really trying to make a dark record but whatever happens is fine with me. And it was great, because I feel like he turned me on to a lot of things. And I feel like I might have turned him on to some things too. It just kind of evolved. Halfway through, we listened to all the songs together and it just started to take shape.

AC: There's been a buzz about the new cover art, based on the Russ Meyer movie poster for Mudhoney.

NJ: I really don't know what people are saying. Obviously, that was the only Russ Meyer poster I was going to re-create [laughs]. I just love that poster. It was in the studio, and I just stared at it the whole time we recorded. It didn't inform the music, but it just all felt connected. I felt it would be fun to re-create that character. I wanted to look like that chick.

AC: Speaking of costumes, you made waves a couple of years back with your trio, El Madmo, featuring members of the Handsome Band. Is that something you would revive?

NJ: I'd love to. You know we haven't really played together in a long time. There's no plan right now.

AC: In terms of each of these various projects, do you approach the actual performance differently?

NJ: I don't do it consciously, but I'm sure I sing differently with the Willies than I do when I do other things. I try to sing the song the way it sounds best. A lot of these songs on my new album are sung very quietly.

AC: One of the tracks that stand outs is "Miriam." The sound is different, but the subject matter overlaps with Johnny Cash's "Delia's Gone," with this haunted and haunting figure. Was that on your mind?

NJ: Definitely that feeling. We cover "Delia" in the Little Willies. I love those kinds of songs with a person's name in it, especially a name that's interesting, like Delia or Jolene. I felt like Miriam was that kind of a name. It's a dark song, but I like how dramatic it is. We really played up the horror-movie vibe.

AC: Do you have plans to be in any more movies?

NJ: I'm open for anything, but I don't have any plans right now.