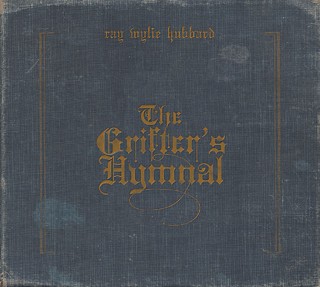 
Ray Wylie Hubbard's got a bad case of Richard Thompson syndrome: uniformly excellent recordings that make the craft of songwriting appear so effortless as to fool the average poet-strummer into thinking that a conversation with a silver-tongued devil is all it takes. Hubbard knows that's not true, but he's willing to play along. At a time when Hubbard needs to prove nothing, The Grifter's Hymnal deals a wicked hand – an ace of spades on "Red Badge of Courage" and diamonds and hearts for "Lazarus," in which Hubbard concludes slyly, "At least we ain't Lazarus and had to think twice about dying." A Seventies outlaw with a ferocious Twitter feed (@raywylie), Wimberley's Hubbard keeps slamming the good stuff on "Coricidin Bottle" while recruiting Ringo Starr on "Coochy Coochy" and blowing 78704 a kiss on "South of the River." All that and "Mother Blues" is still the track, an autobiographical, tell-on-himself valentine to his now-wife ("that Mother Blues door girl"), a stripper ex-girlfriend, and a gold-top Les Paul now in the hands of his son. It's Ray Wylie Hubbard at his best, candid, shrugging, unapologetic, and dispensing rock & roll philosophy in words that matter: "And the days that I keep my gratitude higher than my expectations, I have really good days." (Wed., 12mid, the White Horse; Thu., 8:45pm, St. David's Bethell Hall; Fri., 10pm, Saxon Pub)