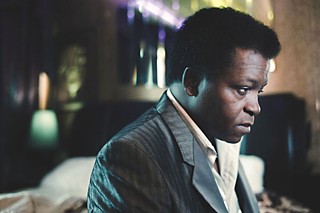 "I consider myself a true soul man," declares Lee Fields with a confident laugh.

It's hard to argue with the North Carolina native. He's been on the grind since cutting his first single in 1969, an aching cover of James Brown's "Bewildered" that helped earn him the nicknames Little J.B. and Soul Brother No. 2. He's been at it ever since, in a journeyman's career full of hills and valleys.

"Oh man, more downs than ups, but the ups have been so beautiful," he says.

Among the highs has been a long and fruitful collaboration with those behind the Brooklyn-based soul resurgence. Fields began recording with the Soul Providers, an early incarnation of the Dap-Kings, in the mid-Nineties and has recorded for nearly every label past and present responsible for the retro soul revival.

"I'm the first guy that they started with, before Sharon Jones or anybody. I was into heavy blues and Southern soul at the time, and was humming the charts with the Southern soul thing. When I first met these guys, they were young kids. Gabe Roth [Daptone co-owner] was in his first year of college and most of the band members were around 16 years old."

With this unlikely crew behind him, Fields released the hard-hitting Problems in 2002 and the modern-soul classic My World in 2009. Latest album Faithful Man on Truth & Soul taps into the same slow burn that made "Honey Dove" one of the best R&B tracks of the last 15 years. The live performance doesn't disappoint either.

"What we try to achieve every night is a moment of euphoria, a few moments of total bliss. We want people to feel like they've been somewhere. For a moment, no matter what problems you might have or how downhearted you may be, all those things have been lifted.

"You can't stay there, but you gotta go there for a minute."