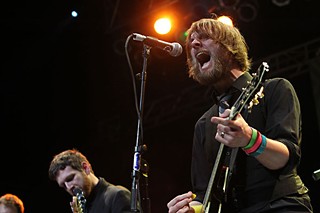 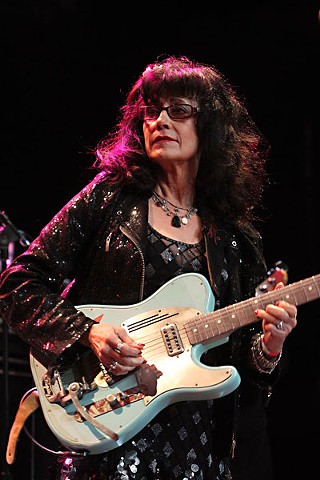 The Austin Music Awards are a populist poll. There's no academy and no membership. Anyone with stamp money or access to a computer can help determine who gets recognized as the local magnate of their genre or, more so, who garnered the most enthusiasm from fans. If this year's AMAs represented a changing of the guard, the new sentries are Quiet Company, who grabbed 10 awards including Band of the Year. They hit the stage early and played tracks off their deeply personal Album of the Year, We Are All Where We Belong. Take note, would-be equals: When attending an award ceremony, keep your beards neatly trimmed, dress sharp, and always bring a cello. 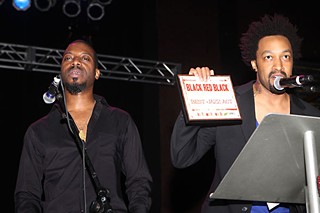 Singer Taylor Muse alternated between gentle croons and harsh belting on "Everything Louder Than Everything Else" and "You, Me & the Boatman" before closing with an extra-loud version of "Preaching to the Choir Invisible." Roots-rock upstarts the Wheeler Brothers also collected a stack of plaques, nabbing four awards including Best New Band. 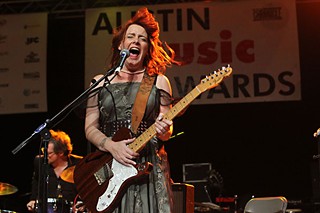 Joe "King" Carrasco was easily the best-dressed musician of the night, accepting his Hall of Fame award wearing a crown and cape before launching into a hi-fi set of Mexican-American dance party music. By the time he brought out an eightpiece mariachi band, Jon Dee Graham, and Shawn Sahm, the Austin Music Hall was brimming beyond the seats – the crowd peaking enthusiasm – and he drew bigger cheers than Quiet Company, demonstrating something locals already know: There's a strong current of nostalgia that moves Austin's music pool, sometimes so much so that the new goes unappreciated. Master of ceremonies Andy Langer must be getting used to handing out awards to the same artists. 2012's reoccurring winners included Best Country Band Asleep at the Wheel and youngsters Schmillion, who will soon age out of the Best U-18 Band award. Austin heavies the Sword showed up to collect their obligatory Best Metal Band award, and Groupo Fantasma took another Best Latin Rock Band award as well as a Hall of Fame induction. They accepted the award, in part, by saying, "We've been to the Grammys and we've been to L.A. Those guys are all there to see Coldplay. So we're glad to be here in Austin where people care about music."

Austin's powerful contingent of female musicians was represented by Ruthie Foster, Carolyn Wonderland, and Patty Griffin. Foster opened her performance with a soulful send-up of Johnny Cash's "Ring of Fire" that employed a distinctly different melody and new refrain: "Let it burn, let it burn, let it burn." In an instant she was gone and Carolyn Wonderland stood in her place burning up the stage with her fiery threepiece blues band and showcasing what Austinites voted as Best Female Vocals.

Upon returning to the stage, Foster lauded, "My love for Carolyn Wonderland runs deep," and they joined forces for a set that included Joplin's "What Good Can Drinking Do?" and Bob Marley's "No Woman, No Cry," which Foster dedicated to politicians trying to limit women's right to health care, a midsong statement that prompted the night's first standing ovation. Later, armed with only an acoustic guitar, Patty Griffin brought a giant wave of emotion in just one song and accepted her Hall of Fame award by saying, "The last time I came to an AMA, they gave one of these to Pinetop Perkins, so I'm very humbled."

On the complete opposite end of the good-taste spectrum was a performance by light-rock god Christopher Cross. "We used to play these songs in clubs in Austin, but no one showed up," remarked his keyboard player during downtime between songs. "We mostly played frat parties." Cross' silky-smooth light rock didn't mesh with Austin then, and perhaps it still doesn't, but it didn't stop Nick Gregg and his enormous orchestra, Mother Falcon, from backing Cross on hits like "Sailing," which drew middle-aged-women shrieks at its opening notes.

AMA veteran Alejandro Escovedo closed the show with a slew of guests including Amy Cook, Rosie Flores, Dan Dyer, and Garland Jeffreys, as well as the Gun Club's Kid Congo Powers for a powerful version of "Sex Beat," and preeminent Texas troubadour Joe Ely, who hammered out a gritty version of "The Highway Is My Home" before asking, "Is there a guitar player in the house? We need one more guitar player!"

Out strode Bruce Springsteen to play lead on a cover of Jimmie Dale Gilmore's "Midnight Train" and sing along to Escovedo's "Always a Friend."

Before ending with a Jeffreys-led version of the Rolling Stones' "Beast of Burden," Escovedo, Springsteen, and Ely traded lines on the folk standard "Goin' Down This Old Dusty Road (Don't Want To Be Treated This Old Way)." When they sang about "going where the weather suits my clothes," everyone was thinking of the same place: a magnetic town in Central Texas where music is king and life is good.