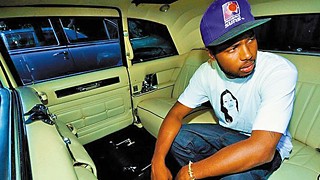 9pm, 1100 Warehouse Recalling when Kanye West was still just a college dropout, 20-year-old Kydd possesses a sharp wit, smooth flow, and a strong visual appeal – a trifecta that's resulted in a string of successful YouTube videos. Overdue mixtape The Sounds in My Head II should be his breakout moment, featuring lead single, "Hall Pass," a Dirty South banger with an ace assist from Yelawolf. – Austin Powell

8pm, Skinny's Ballroom The ukulele dares us to laugh. Yet without virtuoso ambassador Shimabukuro – raised in Hawaii, playing since age 4 – today's uke fad would never rise beyond novelty. Between last year's irresistible Peace Love Ukulele and the 8 million YouTube views of his miraculous version of "While My Guitar Gently Weeps," Shimabukuro will have the last laugh. – Dan Oko

8pm, Headhunters Patio Instrumental jazz/rock experimentalists that have been together locally for more than a decade, BVM has been described as a melding of Ornette Coleman and Television. The band has been writing and performing scores for silent films lately and will participate in SXSW Film with a performance of its original score to 1919 Ernst Lubitsch film The Oyster Princess on Thursday, noon-1pm, at the Alamo Ritz. – Jay Trachtenberg

Led by guitarist/vocalist Ryan Thomas Becker, the Denton power duo burns Southern rock effigies with the blue-collar grit of Uncle Tupelo and the grimed groove of early Black Keys. While last year's 8-track-only We Are a Strange Man was worth dusting off your player for, In People offers a better indication of the two's vitriolic live shows. – Austin Powell

9pm, Treasure Island Leslie Sisson's elegant harmonies lent a delicate twang to a number of projects during the past decade, notably Matt Pond PA and the Wooden Birds. With last year's contrarily titled Harmony, the Brooklyn/Austin songstress stepped to the fore, her vocals showcasing shades of both Neko Case and Aimee Mann against a backdrop of mellow guitar tones that salve Sisson's songs of tangential emotion and affective restraint. – Doug Freeman

10pm, Headhunters These Austin natives have been not-so-quietly producing garage rock with a powerful feel for years. But with a 7-inch last year and tour stints including support for ... And You Will Know Us by the Trail of Dead, Follow That Bird are flying on Lauren Green's expansive and expressive voice. Its lo-fi songs rock both depth and righteousness. – Zoe Cordes Selbin

10pm, Mohawk Patio "Muthafuckin' is like a scuzzbucket word you're not supposed to say. Esquire is a word that means prestige. I'm in the middle of that, I'm intelligent, but I'm hood." So says this Brooklyn-based rapper who collaborates with Das Racist, Danny Brown, and El-P. That's evident by mentioning J.D. Salinger and a seriously disturbing oral sex reference in the same breath. – Kevin Curtin 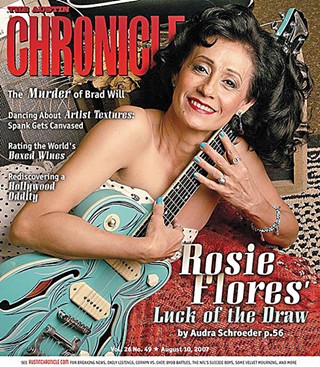 11pm, Frank The Rockabilly Filly has been terrifically active, still riding the wave from 2009 Bloodshot Records career high Girl of the Century and producing the last recording sessions for Janis Martin, "the Female Elvis." Flores, along with fellow rockabilly queen Marti Brom, recently brought a multimedia tribute of Martin to the Rock and Roll Hall of Fame and Museum. Flores reports that Martin's recordings should be issued later this year. – Jim Caligiuri

11pm, Beale Street Tavern Edmondson may look the part of petite indie pixie but don't judge a blonde by her covers. Her 2009 LP, Take to the Sky, was a Billboard Jazz Chart phenom, and no wonder: she's got the breathy, heart-fluttery pipes to crack open even the most jaded jazzbo's cocktail heart. Her Kickstarter-funded follow-up, Way Down Low, is even dreamier, achingly beautiful. – Marc Savlov 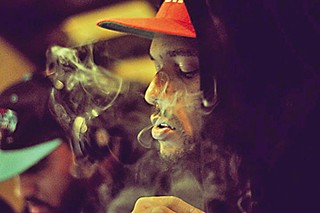 12mid, Treasure Island Frank Smith is a band. Led by Aaron Sinclair, a Boston resident until 2007, the now-local sextet just issued its third disc, Before You Were Born. It's a radical shift from the hazy rootsiness of its past to a rich amalgam of indie and classic rock styles. The title track even possesses a masterful Bob Seger rip, while the rest maintains Sinclair's lustrous, yet gloomy vision. – Jim Caligiuri

1am, Headhunters Cleverly conjoining more traditional Mexican music with the relentless speed and guitar-powered onslaught of punk rock, this San Antonio band makes cowpunk from the other side of the fence. Smart and dynamic in the same stead as Mariachi El Bronx, Piñata Protest respects both forms enough that even purists will find something to love here. – Adam Schragin 
On last January's The One ... Cohesive, G-Side preached Southern-fried street gospel in a dreamy haze best typified by "How Far," a track on which rappers Clova and ST sampled Beach House and brought dream pop to hip-hop. Island, December's welcome follow-up, bangs harder from the tip with verbal assaults "Cinematic" and "Atmosphere," but there's still a sense that the Huntsville, Ala., duo has its heads in the clouds. Or maybe that's just the work of in-house production crew Block Beattaz, which cut beats that fan out like the exhaust on Andre 3000's Cadillac. (Tue., 12mid, Swan Dive; Wed., 8:30pm, Lustre Pearl) 
Besides fruit, a strawberry can be a red bruise on the skin. It's an apt description for what Wussy does. The Cincinnati quartet's brand of punk is raucous, melodic, and leaves a mark. Strawberry's more electronic than previous output – check out the fuzz on "Asteroid" – but there's a taut stateliness to what Wussy does, recalling the Mekons. Chuck Cleaver of Nineties wiseacres the Ass Ponys matches his Jon Langford to Lisa Walker's Sally Timms blow for blow. Wussy's magic is the rage behind "Fly Fly Fly" and ominous undercurrents of "Little Miami," pulsing at different tempos but striking with equal force. (Tue., 1am, Soho Lounge)