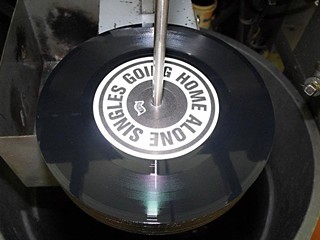 So maybe you're an up-and-coming band and you aren't sure whether to include a vinyl component when you release your new album. Perhaps you're a label looking to increase sales and you're wondering how best to maximize your marketing dollars. Jay Millar, director of marketing at United Record Pressing in Nashville, Tenn., explains why artists and labels would be well-served to spend their ducats on not-so-compact discs.

"Vinyl is the peak of the [music-listening] experience," he begins. "It's the most tactile, the most tangible, the most striking artwork, the best sound quality. There's so much more interaction to it. People are going to the polar extremes, from the peak of convenience in [digital media] and the peak of experience."

People have been listening to records in one form or another since the 19th century, when Thomas Edison invented the phonograph. We're all carrying iPods, but at home, you want something a little more intimate, fleshier and warmer. To that end, there's limitless value in creating opportunities for listeners to have the most full-bodied encounter with their music. And it's not just indie-rock fans that are consuming vinyl. United Pressing is producing vinyl across genres from jazz to classical to punk.

You can even buy your tweens a vinyl edition of Taylor Swift's Speak Now. Regardless of genre, it's the superfans, the major music nerds, who make up the most important market for genres.

"Vinyl is a tastemaker thing for the public," Millar insists. "It's the guy who goes to the local independent record store Tuesday morning to pick up a bunch of records and then falls in love with the records and goes on their blog and turns on 50 or 100 people."

And don't underestimate the value of the souvenir, the LP sold at the end of a long set in a small, poorly lit club to the newest member of a band's fan base.

"It's something greater than the digital product," says Millar. "Rather than the fan going home to look up the record on Spotify, an album gives the fan a tangible extension of that memorable night. That's money well spent for both a band and its fans."