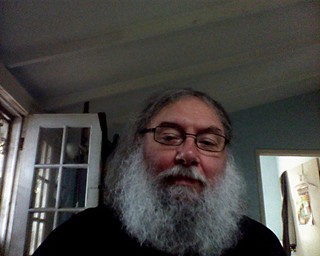 John Swenson, who has written about popular music since 1967, is a writer's writer, meaning his work speaks as much to the art as its subject. To Swenson, the subject remains music, as dear to his heart as the city of New Orleans, where he's lived and worked since 1999.

"The music," Swenson flatly declares, "brought me here. It's bottomless. I never feel like I've reached the end of what you can hear. There's always more mystery. For anyone stimulated by culture, it's an endless spiritual well."

The alluringly nicknamed City That Care Forgot has always attracted writers as much as musicians, but in last year's book, New Atlantis: Musicians Battle for the Survival of New Orleans, Swenson makes the case for music as the city's artistic soul. The soul can't be broken or bled out the way New Orleans hemorrhaged when Hurricane Katrina nearly sliced its aorta. For his South by Southwest panel, Swenson addresses how important music is amid adversity.

That in itself is a massive effort, given the depth in which music is in the DNA of not only New Orleans but also Louisiana culture. As one of the oldest cities in the United States, it boasts a built-in survival instinct that transcends not only natural disasters but also the man-made ones. Each of the cultures that contributed to New Orleans' identity did so musically and uniquely. A little over 200 years ago, it was a French and Spanish colonial outpost in a slave culture smack dab in the Choctaw Nation.

"I don't want to go too deep into history, but it's essential to understanding why it's so unique here," says Swenson. "The other thing that makes New Orleans special is that everything is community-oriented. The Irish and Italians, they came here, too, and there was no overriding American culture for them to assimilate with. The neighborhoods kept the music alive. And the music was essential to every part of life, from birth to death."

Swenson believes music has done the most to restore New Orleans' strength and faith in itself heroically, but the city's biggest challenge may be back in the hood.

"The continuity of passing things down generation to generation is being severed. Completely. The next generation of young people are not being nurtured by traditions that were important."