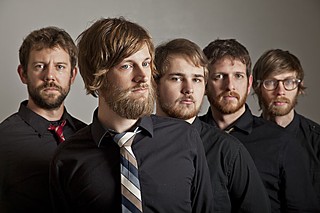 Here's how you alienate the meager fan base you've managed to develop as an independent rock band struggling to make a career in the bleak-as-hell music industry of 2012:

First, you cultivate that fan base by filling your debut album with references to God and angels, releasing it on Christian rock label Northern Records (home to DC Talk's Kevin Max), and promoting it at the Cornerstone Festival put on by Jesus People USA.

Next, you follow it up with a well-received second album that continues to bring the religious imagery to the forefront without addressing the fact that your lead singer and songwriter is steadily losing his faith.

Finally, you sign an artist development deal with music streaming website Grooveshark to release your third album and fill it with songs that repudiate – often with extreme bitterness – the Christianity you once shared with your fans.

If you're Austin's Quiet Company, you do all this with the keen awareness that it could have dire repercussions for the career you've worked so hard to build – and you do it while also putting out the best album of that career.

Taylor Muse isn't a Christian – not anymore – and Quiet Company, the band he formed in 2006 with guitarist Tommy Blank, has never been a Christian band. That's something he's quick to stress, though the band's pedigree makes that seem like a distinction without a difference.

Muse, 30 this month, grew up in East Texas – Tyler – and still carries the accent. He played in East Texas indie rock bands, including as a brief bass fill-in for Eisley, and after watching his friends in the Lonely Hearts move to Nashville and quickly sign to a label, he took his own band, the Connotations, to Tennessee.

"Everyone hated it there," he says of the year spent there.

The band didn't survive the ensuing move to Austin, but Muse recorded Quiet Company's debut, Shine Honestly, big on mythic imagery. Both it and the follow-up three years later, 2009's Everyone You Love Will Be Happy Soon, draw primarily from what Muse today describes as "Christian mythology." On the first album, songs like the dreamy, guitar-driven ballad "We Change Lives" are full of angels, heaven, and hallelujahs. Everyone You Love Will Be Happy Soon ends with the lines, "Oh, there must be a god, somewhere in the universe/ May be looking after me/Yeah, he may be smiling down on me/Hallelujah."

"I've always fallen back on religious imagery as a songwriting tool, just because it was familiar to me and I liked the aesthetic of it," says Muse. "And we were on Northern Records and played Cornerstone." 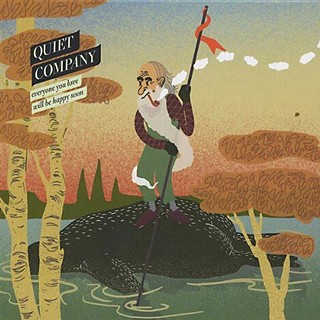 This attracted a devoted fan base full of Christian kids who love the way contemporary indie music sounds but who want a little more Jesus in their rock, and whose parents often regulate what they're allowed to listen to. Muse was one of those kids himself – in his Cedar Park living room, there's still a wall of CDs full of Christian music – so he wrote songs like those in his record collection. He may not have considered Quiet Company a Christian band, but the fans who painstakingly transcribed his lyrics onto websites and boosted the band to the top of Grooveshark's charts did.

After the release of the band's third full-length, We Are All Where We Belong, in October, those people don't identify Quiet Company as making Christian music anymore.

"I get a lot of email about it from people now," admits Muse. "Christians apologizing to me: 'I'm so sorry for whatever experience in the church that made you feel this way. Please don't write off God because you had these bad experiences.'"

They're responding to Muse's excoriation of Christianity, which occurs throughout We Are All Where We Belong. The imagery, once flowery and biblical, now roils aggressively secular. On "Set Your Monster Free," a lovely acoustic ballad, Muse refutes the existence of angels he sang about in Shine Honestly's "Tie Your Monster Down," telling his 3-year-old daughter Harper that, "You don't have to waste your life/Holding on to beautiful lies."

On "The Easy Confidence," he sings that "If Jesus Christ ever reached down and touched my life/He certainly left no sign to let me know he had," and shreds his delicate vocals as he screams his rage: "I've got a bone to pick, and I want to pick it clean/Oh, the prodigal son and his shameful disbelief."

Muse says he's encouraged by the dialogue that's occurring now – he responds to every email he gets – and that these fans aren't outraged. Mostly, people who email him "love the record. They're just concerned about me."

All That You Can Leave Behind

Without spiritual concerns weighing on him, Muse focuses on things like his band's artist development deal with streaming music service Grooveshark, which helped fund We Are All Where We Belong (they ponied up the cash for Tim Palmer to mix the album, a service he also performed for U2 on All That You Can't Leave Behind) and pressing the LP as a double-gatefold vinyl. It also helps Quiet Company land the occasional licensing deal to place songs in video games or on episodes of Keeping Up With the Kardashians.

Grooveshark's support is vital to Muse's vision of how the band could evolve into a career. Currently, he works a full-time job as an insurance adjuster, and it's clear that spending so much time away from his family, between the day job and his responsibilities with the band, eats at him. Muse dreams of the day he can divide his time between house husband and full-time songwriter, paying the bills with licensing deals and the occasional tour.

"Everything we do now is a sacrifice toward not having to work the other job and just getting to do music," he stresses. 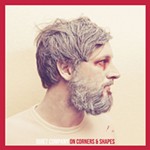 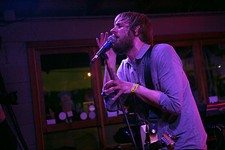