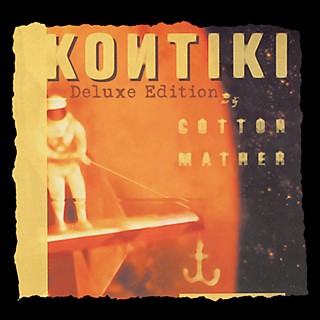 
In lesser hands, the second LP from Austin's British Invasion pop treasure Cotton Mather could've been a disaster. Recorded on four-track and ADAT in a house instead of a professional studio, 1997's Kontiki comes jam-packed with licks, overdubs, countermelodies, and enigmatic lyrics, not to mention enough overt UK pop to bedazzle late Bomp! founder/collector Greg Shaw. Frankly, the whole endeavor could've collapsed like a big-budget Ken Russell feature. Yet not only does Kontiki work, it does so magnificently. Robert Harrison (singer/songwriter) and Whit Williams (guitar god) sound both confident in their ideas and willing to entertain sudden notions, which lets the opening cut, "Camp Hill Rail Operator," come across as both brash and whimsical. Whether moving gently through the heather in "Autumn's Birds" and "Spin My Wheels" or bursting through the door on "Vegetable Row" and "My Before and After," Cotton Mather keeps every arrangement in perfect place and wastes not a single note. A second disc of demos, early versions of follow-up songs like "Pine Box Builder" and "Baby Freeze Queen," as well as inexplicably unreleased tunes like "Little Star," "Innocent Street," and "Flying Annie's Kite" enhances the original album. Exquisitely balanced between craft and heart, Kontiki proves itself one of the very best albums ever to come out of Austin. 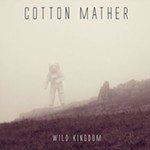 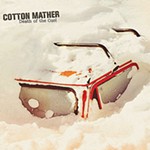 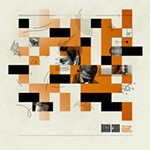