Danny Barnes and The Other Europeans


Once the beloved Bad Livers, an Austin-based assault on traditional music, Danny Barnes and Mark Rubin now exist in entirely different musical circles. On Rocket, his second proper release for Dave Matthews' ATO imprint, Barnes' lyrics divvy up as two parts degenerate, one part altar boy, and wholly sublime. His "weapon of choice," the banjo, isn't always present – find it on the solo banjo version of the LP, Angels, plus the cassette-only Poison – taking a backseat to his slide guitar and the hammer-ons that imbue Rocket with a decidedly rock & roll stamp. Opener "Poison" rides first-person with a desperate trucker who fiends for booze, pills, and anyone else's demise, a stark contrast to "Fun," a sunny, fingerpicked pop song of romantic mischief, including fooling around in empty hospital rooms and attending strangers' funerals. Rocket also boasts an oh-so unnecessary T-Rex cover featuring label boss Matthews, plus a foray into punk rock ("S.O.T.") and the concluding love song, "Safe With Me," which is so delicate and beautiful it completely alters the emotional tone of the album. In short, once you think you have Barnes figured out, you've got him all wrong. Rubin's done decades in dive bars and local clubs, but in the summer of 2009, he was traveling Europe, representing the best Jewish instrumentalists for a project that's equally musical and political. The Other Europeans unites Jewish and Romany musicians playing klezmer as it was in Moldova before war separated the cultures. Splendor documents that time, a 2-CD set recorded live in Germany with Rubin on bass and tuba. Think Fiddler on the Roof meets gypsy jazz, with manic tempo changes and triumphant, vacillating melodies from teams of horns, strings, and keys. Aspects of klezmer music imitate laughing and crying, and such is the range of feeling in these performances, the primary one a namesake for the album. Once a mere punk, Rubin's dedication to musicianship has earned him a life in the highest classes of musical journeymen. 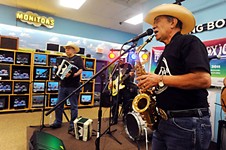 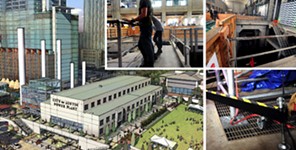