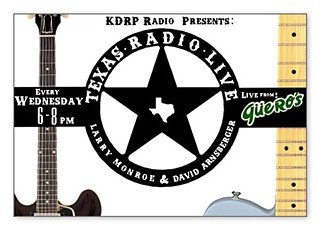 According to the venerable Chinese calendar, 2012 is the Year of the Dragon, but maybe it should be the Year of the Heart. January has started out with a heart-punch with the death of Esme Barrera, who was found murdered on New Year's Day in her home on King Street. Her death leaves another gaping wound in our hearts.

Here are jobs Barrera held: Casis Elementary teacher's aide, mentor at Girls Rock Camp Austin, Waterloo Records staffer (and softball booster). Those positions say as much about who she was as the painful outpouring of grief from the community. See Music Listings for a partial list of benefits for the Barrera family. Her memorial (for friends and colleagues only) gathers at Fiesta Gardens, Sunday, Jan. 15, 2pm.

That the heart seems to be the ongoing theme is dictated by the spate of incidents that began in 2011 involving people we love, and even a few we don't know. Sunday, Jan. 15 is also the benefit for Chris Gray at the Continental Club (again, see Music Listings). Chris was the Chronicle's Music news columnist who moved on to the Houston Press in 2007. It was in Houston that he suffered a near fatal heart attack, at age 36, on Oct. 28, 2011.

At the Chronicle, we were already in shock. Beloved staffer Motorcycle Mike, aka Motor, died on an operating table in September when he went into cardiac arrest. Most folks knew him as the free-spirited hippie in tie-dyed T-shirts who delivered the paper, but to my Austin Music Awards staff, he was a rock. His title was the Gatekeeper (we're fond of lofty titles), and he was so good at his job I'm still realizing all he did. Motor was often the last person I saw at the shows; we'd stack up the crates of leftover awards and other show detritus and schlep them back to the Omni Hotel in whatever barely there piece of junk he drove. Good night, Motor.

Days after Chris Gray's two-step with the reaper, Biff Parker (real name Steven Stelmach) of South by Southwest died with no notice. It's easy to be generous about the dead, but Biff was so much at the heart of SXSW, a fascinating organization and volatile mix of personalities I've had the good fortune to work with almost nonstop since 1987. Because I double as a SXSW volunteer (that call went out this week; report to the Convention Center Saturday, Jan. 21, 3-5pm, or Tuesday, Jan. 17, 6-9pm), I worked around Biff a lot. He was the kind of guy who made me sigh with relief every time he showed up to solve a crisis. Not only would it be solved; it also wouldn't happen again.

My editor and dear friend Louis Black had his heart episode in early December. This followed Doyle Bramhall passing suddenly, while my terminally ill brother Stephen underwent traumatic surgery for prostate cancer in the weeks between Chris and Louis. Even the Big C couldn't beat the heart for trauma – drama.

I called up the American Heart Association and met with the organization so I could find out a little more about CPR, this simple effort that saved Chris' life. AHA Director of Communications and Marketing Glen Huschka screened for me a very amusing video where the push-hard-in-the-center-of-the-chest message was accompanied by the Bee Gees' "Stayin' Alive." Would the AHA come to Chris' benefit and speak on behalf of CPR education and information? Sure.

Then, just as the second weekend of Free Week was getting under way came the news that KUT's John Aielli had a heart attack. He was in good condition, but ... Aielli is one of the most Austin things about Austin. His knowledgeable and opinionated but mannered style as host of the station's Eklektikos morning show inspires near-cult adoration (count me in that corner). KUT's Erin Geisler told the Chronicle that "[KUT General Manager] Stewart Vanderwilt visited him in the hospital Sunday and said he was standing in the hall (in his cargo pants and red sweater) chatting up all the other patients." Eklektikos stand-in Jody Denberg also reported on the air earlier this week that John was "waiting for the green light" to return to the air.

While on the subject of KUT, let me note that for those who wondered where Phil Music finally went, beloved former KUT host Larry Monroe still fills in for Phil at 7pm on Thursdays for KDRP 103.1FM, the nonprofit community radio station broadcasting for Dripping Springs and the Texas Hill Country. Monroe's popular Blue Monday show can be found there at 7pm Mondays, and on Wednesdays, he and his co-host, David Arnsberger, present Texas Radio Live, 6-8pm at Güero's Taco Bar. The show is broadcast in front of a live audience and features interviews and performances from Texas artists, with the heartfelt talents of Monroe and Arnsberger, founding member of the Uranium Savages and Spamarama.

Perhaps it's appropriate all this heart stuff is happening during a season when the stores sweep away holiday clutter for the invasion of red hearts and candy. Hearts even dominated my Christmas holidays when Ben Breedlove's heart-achingly poignant YouTube videos went viral. The Westlake High School student died on Christmas Day at age 18 from a congenital heart condition called hypertrophic cardiomyopathy. Before Breedlove died, he posted a two-part video so tender and guileless it went viral and captured America's collective attention.

I didn't know Breedlove, but I know kids who went to school with him, including my nephew Dusty, who let Ben copy his homework a couple of times. But I don't necessarily believe, as Mark Antony intones in Shakespeare's Julius Caesar, that good dies with you. Breedlove's videos tapped into a chamber of my heart I thought long closed. Esme Barrera's friends and family and students all carry her love and passion for life with them, as do those who knew and loved Motorcycle Mike and Biff Parker.

As for you, Chris Gray, Louis Black, and John Aielli, you've joined an unwilling if grateful fraternity of those who get a second chance. That's something to take to heart. 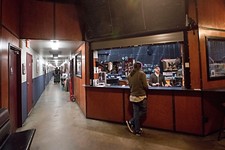 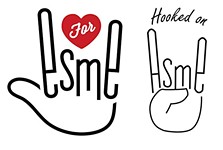 One, Two, Tres, Cuatro
Club turnover has come due – embrace it