A decade after alto saxophonist Lee Konitz, pianist Brad Mehldau, and double-bassist Charlie Haden collaborated on two absolutely sublime live recordings for Blue Note Records, Alone Together and Another Shade of Blue, this multigenerational trio reconvened on jazz/classical indie ECM Records with the addition of drummer Paul Motian on Live at Birdland. Motian, who died last month, was the master of understated grace, making him the ideal drummer for this deliberative quartet as it fundamentally reinterprets and freely extrapolates upon a set of familiar standards, including "Lullaby of Birdland," written for the original club. Four more recent ECM releases play out equally engaging. Sax legend Charles Lloyd's universal spirituality lends itself beautifully to Athens Concert, a divine coupling with Greece's voice of resistance, Maria Farantouri. Lloyd's quintet largely performs traditional Greek music along with a few of his tunes, including "Dream Weaver" and "Requiem," with Jason Moran in particular standing out for his inspired pianism. Chick Corea is one of the pioneers of modern, improvised piano duets, having toured alongside Herbie Hancock in 1978. On Orvieto, he teams with Italian pianist Stefano Bollani on a live date in Umbria. Despite their considerable age difference, the pair demonstrates a definite compatibility, at times melding into a single four-handed unit. In addition to a few originals, the pair offers ambitious interpretations of Miles Davis, Fats Waller, and Antonio Carlos Jobim. Pianist Keith Jarrett is no stranger to ECM or solo improvised recordings. In fact, his solo piano debut with the label, Facing You, came out in November 1971. Adding to his near dozen live solo releases in the ensuing 40 years is this double-disc recorded in Rio (de Janeiro) last spring. His spontaneous playing is warm, intimate, very lyrical, and, at times, quite stunning. It's immediately recognizable as Jarrett, but he's evolved and matured over the decades. The only studio session of this lot belongs to the veteran Italian trumpeter Enrico Rava, frequent collaborator with Stefano Bollani. Joined on Tribe by a young, ambitious crew, Rava revisits a number of his earlier compositions, like the Ornette Coleman/Don Cherry tribute, "Cornetteology," and "F. Express," giving them a fresh perspective amidst his trademark, post-Miles Davis horn burn. 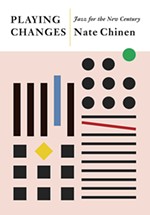