"They go upstairs to Morrissey's room. There's an Elvis poster stuck on the wall, a life-size cardboard cut out of James Dean from the 1956 film Giant." And thus, according to Complete, Johnny Marr starts the Smiths, another English Fab Four spun off of the King, Sun Records, haircuts, and leather jackets. Four studio albums, three compilations, and a live recording add up to an 8-CD vinyl replica box set of no additional material. Which leaves Morrissey's erudite vocal mope on 1984's The Smiths, its pulpy urbanity already addictive ("Pretty Girls Make Graves," "This Charming Man," "Hand in Glove"). Meat Is Murder (1985) cops Elvis' "His Latest Flame" for "Rusholme Ruffians" and rams home "Mystery Train" on side-two opener "Nowhere Fast" ("I'd like to drop my trousers to the Queen/Every sensible child will know what this means"). Meat locked down the jangling band, its chemistry, compositions – art, sequencing, everything – and The Queen Is Dead crowned itself with a Renaissance-rich surety of hook and execution. Closers "There Is a Light That Never Goes Out" and "Some Girls Are Bigger Than Others" are better than most bands' entire careers, tag-teaming American songbook maturity. Adios to Smithville on Strangeways, Here We Come (1987), but Rank live, with "His Latest Flame" seguing into "Rusholme Ruffians" – giant. 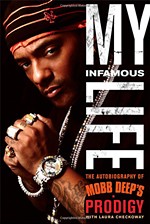 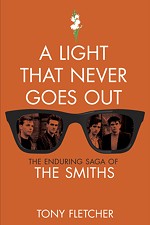 A Light That Never Goes Out: The Enduring Saga of the Smiths
Discovering the Smiths.