The Rock and Roll Hall of Fame needs to stay home 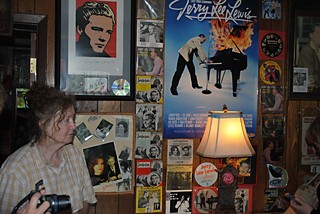 Shreveport, La., would like you to think of it as the birthplace of rockabilly.

I listened to this upstart suggestion during a recent music tour of the state's northern parishes. Like Texas, its corners sound as different from one another as possible. The Cajun and zydeco-dominated southwest contrasts with the jazz and blues of New Orleans, while both are complemented by the pure country, Delta blues, and nascent rock & roll from the north of the state.

Shreveport makes a good case for itself simply by keeping its Municipal Auditorium as it was, so that when you walk in, the endless nights of the Louisiana Hayride show echo high in its dome. Looking at the slim dressing room where Elvis Presley spent 18 months waiting every weekend to play in front of increasingly enthusiastic audiences is a stark freeze-frame of the hard, transient life musicians lead, required at every performance to be at the top of the their game, this and every night, damn those torpedoes. When Hank Williams played there, he was so confident he lounged outside in his car until minutes before he went onstage. Presley goofed in the dressing room, tuning up, hanging out, flirting, playing the young man's game. The building holds many secrets and tells only a few.

Keeping the auditorium historically pristine comes with a price – good luck getting around if you're in a wheelchair. Yet the payback is the very real sense that little has changed since the stage featured Presley, Williams, Jerry Lee Lewis, Johnny Horton, Johnny Cash, and the countless other names that made Shreveport's Louisiana Hayride as important to American music as Nashville, Tenn.'s Grand Ole Opry. Seeing James Burton's studio underscores the significance of north Louisiana's musicians, including Burton, Horton, the mighty Leadbelly, former Gov. Jimmie Davis, and the inimitable Jerry Lee Lewis.

This sort of regionalism runs feverishly in my blood, so when I hold the weighty 2011 Rock and Roll Hall of Fame Foundation Inc. official ballot in my hands (note the full spelling of "and," no ampersand, plus sign, or idiotic 'n') and look at the nominees, it turns me into a South Austin, postmenopausal version of Andy Rooney.

It's not objections to the individual nominees, though I arbitrarily instituted rules for Chronicle RRHOF group votes over the years. The first rule is that we won't support any more Texans until they at least nominate the 13th Floor Elevators and Doug Sahm. Buddy Holly, ZZ Top, and Janis Joplin went in, and after that, the Lone Star State's lengthy rock history offers rich veins of talent to mine: past nominees included Joe Tex, and Freddie King's on the list this year. Bob Wills has been inducted, too, but the Texas showing is piss-poor overall when the architects of psychedelia and a true pioneer of roots rock languish outside the Hall. 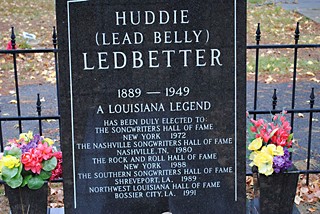 To be sure, balloting is a murky business. Critical polling, popular votes, nominating boards, voting committees – there is an astonishing amount of shades of gray in numbers. To tally the Chronicle's Hall of Fame votes, we pick the top votes from group nominees and from individual nominees within. Counting ballots for the Chronicle poll requires a wide knowledge of current releases and lobbying bands, as well as the ability to take a crash course in the ones I don't know to understand the difference between enthusiastic fans and outright stuffing.

There must be some vote-jostling that occurs in the RRHOF boardroom when the names are chosen, and again when the numbers come in. Even rock & roll survivors like Danny Fields, who served on the RRHOF nominating committee and famously blasted the process (blog.wfmu.org/freeform/2006/11/danny_fields_on.html), laughed when I told him of the Chronicle's imposed sanctions on voting.

"You think your vote counts?"

Another former member of the Rock and Roll Hall of Fame Nominating Committee, Jim Bessman, wasted no words questioning the high degree of artists from the Atlantic Records label (www.jimbessman.com/blog/?cat=15).

I started to chart and diagram the current list of 2012 nominees, but Charles Crossley Jr. already did, exhaustively (www.futurerocklegends.com/blog_files/Charles_Crossley_Jr_breaks_down_2012.html). Now, it's silly to compare the talents of this year's nominees. It's their impact that counts, and for that, there are few pioneering names. Moreover, as estimable as some of these talents are – the Faces, Freddie King – they're generally lazy choices that overlook the force that brought them together: rock & roll. The RRHOF should endeavor to include the significant forces of rock & roll with an eye toward the regionalism that allowed it to develop so colorfully.

Lack of regionality and a process that excludes the one-hit wonders, whose ranks are legion, limit these choices in an area that depended on them. Although every passing year will reveal someone worthy of inclusion by virtue of the 25-years-of-career rule (and doncha know they are springing woodies to get Green Day and Radiohead in), by the year 2031, the RRHOF will be scraping the bucket for artists besides Lady Gaga and Rihanna to install. And with any luck, they'll have inducted the 13th Floor Elevators and Doug Sahm.

P.S.: I agree, Shreveport can call itself the birthplace of rockabilly and wait for some other place to challenge it.

IN (Five Nominees in Order) 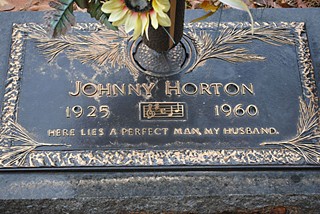 Laura Nyro: One of the chairwomen of the board of singer-songwriters, she made everyone sound soulful and joyous.

The Small Faces/the Faces: They earned their stripes before, during, and after Rod Stewart, and even rolled a Stone.

Freddie King: We suspend the rule of not voting for Texans because of "Hideaway," which, like Bill Doggett's "Honky Tonk," is required in order to call yourself a Texas guitarist.

Beastie Boys: We're not fighting for their right to party yet.

The Cure: Not until the Elevators go in. 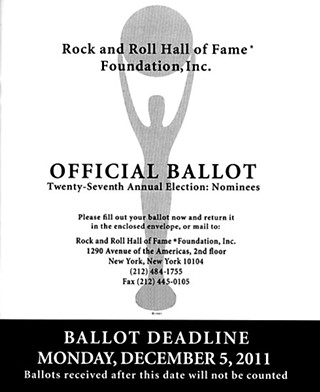 Donovan: Too-limited period of influence (while acknowledging hits and talent).

Eric B. & Rakim: Gil Scott-Heron should go in before any more rappers.

Heart: This was a tough call – the toughest – but Joan first. Next time.