The agony and the ecstasy of Ume

Standing on the inside stage of Emo's, head down, her long, blond hair draped in a veil as she tunes her guitar, the Ume frontwoman can't get the sound she wants from her monitors. The sound check has gone on for nearly 15 minutes, and the patient crowd is growing restless.

Larson isn't trying to get the sound perfect; she just needs to get it right. The local trio's gear is cramped on the small stage in deference to the touring headliner's backline, an uncomfortable setup that leaves her bassist and husband, Eric Larson, pushed to the side and nearly on top of Rachel Fuhrer's drum kit. Somehow it's fitting this show doubles as the threesome's hometown CD release, because that's the struggle Ume's drawn out since forming in Houston in 2002. With new sophomore full-length Phantoms (see "Texas Platters," Sept. 9), the band's decade finally comes to fruition.

At 9pm sharp, as if planned all along, Ume launches into "The Conductor" from 2009's breakthrough EP Sunshower. Everything changes in the flash of hard-pounded percussion and a tight guitar riff. With a flick of her hair, Larson's apparent temerity transforms into a cold, hard stare penetrating the back of the room, and her voice, demure and hushed but a moment ago, wraps itself in an aggressive breathlessness around the throbbing bass rhythm.

By the time the trio crosses into "Rubicon," the lead track from the new LP, the singer-guitarist has consumed the club. The ephemeral pull of her vocals cuts with a sharper edge as she launches uninhibitedly center stage, attacking her instrument in a flailing tempest of hair contrasting with her short black dress. She's both possessed and in possession.

This is the essence of Ume, whose lyrically raw songs expose emotional uncertainty and wanting buffeted by the countering forcefulness of a power trio. Live, Larson's an ambivalent siren, letting the crowd feed on its own objectifying presumptions – of sexuality, admiration, innocence, vulgarity, or vulnerability – only to shatter all of that upon the rocks of her own complete immersion in the music, the melodic lull and devastating pummel of Ume.

"When people see an aggressive female rocker, there are certain misconceptions about it," Lauren Larson acknowledges a week later, the band gathered around a table at Rio Rita on East Sixth Street. "It cracks me up."

She speaks at a fast clip, excitable but direct, with an oddly foreign lilt that can't be accounted for by her small-town Southeast Texas upbringing in West Columbia. Her husband, Eric, strikes a more serious, poised tone, a dynamic resembling the couple's onstage presence. Rachel Fuhrer, drafted this year to replace original drummer Jeff Barrera, sits between them injecting levity into the conversation.

"It's kind of shocking, though, because everything I do is 100 percent genuine. I'm passionate about what I'm doing, and I'm going to have fun, and I see this as my one chance to hold nothing back, whether I'm writing a song or playing guitar. And people can interpret it however they want, but it's frustrating because a lot of times people expect me to be a total bitch.

"I think I've tried to turn it into a goal. I work a lot with Girls Rock Camp, and, in general, I would like for women to be able to take the stage and people not be surprised to see them there. They're surprised by what I do, and it catches them off guard and it's unsettling, but you shouldn't have to look a certain way to sound a certain way. I want to try to be one of the heaviest-rocking musicians out there.

"I don't know, I think I look pretty tough," she laughs.

That burden of breaking expectations has become a familiar ballast for the band, serving as both catalyst for its popularity and complication to a career. The furious energy of Ume's live show has cultivated a national fan base, yet the inability to easily box their music has also continually led labels and industry insiders to balk, even as they have courted the band. And then there's the married couple at the center of it all.

"We met when I was 15 years old, playing guitar in a punk rock/grindcore band called Twelve Blades," offers Lauren. "We were playing at a skate park in Baytown, and he was the first guy to come up and ask for my number. We've been together and playing music together ever since."

Now married for more than a decade, the couple's personal relationship has undoubtedly pushed the band forward where others would have fallen apart, and it has provided them with a more patient and dedicated view of the band's trajectory. Ume's debut, 2005's Urgent Sea, has served as a reminder to the band to take its time and get it right. Rushed and recorded after being approached by NYC-based label Pretty Activity, the album captured the band's raw intensity but with little direction or control.

"We had been playing for under a year when we recorded it," explains the singer, "and when we started the band, Jeff had never played drums before, Eric wasn't a bass player, and I had never sung. It was a real learning experience."

Not until 2008, when Lauren left graduate studies in philosophy at Penn State and returned to Austin, did Ume jell to the point of re-emerging with the stunning Sunshower EP.

Phantoms signals an equally powerful evolution for Ume, serving as both proper debut and antidote to Urgent Sea's false start. The disc also vindicates the band's crash course in the music business over the past couple of years, fraught with failed contract negotiations before finally teaming with local imprint Modern Outsider.

"A lot of people will come up to you and they're interested in what you're doing," says Eric. "But we work really hard at this, so we don't want someone to just come along and do the same thing that they do with everybody else and just assume that it's going to work. We don't expect that of ourselves, so why would we expect that of anybody else that wants to work with us? With Modern Outsider, those guys care about us as musicians and what we're trying to do, and it's been a really good thing. And we tried to make sure that whatever agreement we came to, it forced us all to work hard."

The delay in recording and releasing Phantoms ultimately served the band well, allowing for a more developed and nuanced sound that unveils a texture drastically different from the live experience, without compromising the aggressiveness that's come to define the trio live. "With Sunshower, we had finally learned to play together," opines Eric. "For Phantoms, when writing the songs, we wanted it to have a feeling, to have some tension and stress."

The album also proves Lauren coming into her own as a songwriter and a vocalist.

"This is an emotional record for me," she admits. "There's more intimacy to it, a little more personal tension that I don't think was on Sunshower. I was more emotionally invested in it in every way. I didn't even think we were necessarily going to finish it. I didn't know if I could finish it."

That evolution is best displayed on the re-recording of "Hurricane" from Urgent Sea, the original's jagged howl that breaks across the opening line "I unleash like a hurricane, raging" now wrought with a tone both more ominous and more seductive in the waves of her low, breathless hum. When it finally unravels into shreds of climbing guitar licks, the release is palpable – inevitable – yet still unexpected. It's the dichotomy that defines Ume, the agony and the ecstasy of control and release.

"There are so many preconceived notions with rock & roll," nods Lauren. "I want to help redefine it. And break it all apart again." 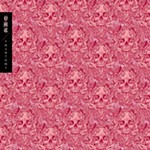 Ume
A septet of local acts with (inter)national appeal