For more years than want to be counted, Hatchett Talent Agency has booked acts in and around the Austin area and United States. Charlie Hatchett Jr. was the go-to Austin agent for businesses, events, organizations, and clubs needing musical entertainment. Today, his son runs the agency, but once upon a time, agents like Hatchett ruled, standing among the gatekeepers to the music industry.

Charlie Hatchett grew up the son of a farmer in Lamesa, outside Lubbock. He was a teenager when Buddy Holly died, but he didn't play music until his freshman year of college, when he picked up his roommate's guitar. By the time he graduated from the University of Texas in 1963, his party band the Chevelles ranked as Austin's group of choice.

If the Chevelles were booked, Hatchett referred other locals, matching the event's needs to a band's ability to sing Beach Boys harmonies, for example, or employ horns. Once he opened the Hatchett Talent Agency soon thereafter, he booked acts including the 13th Floor Elevators, Christopher Cross, Bubble Puppy, Eric Johnson, and ZZ Top, plus Texas powerhouse acts of the era like Krackerjack, Gunpoint, Rabbit, and Lynx. The agency mapped clubs not only throughout Texas but also in circuits around the region. Clubs booking HTA clients understood they bought a guaranteed level of competence and professionalism.

It helped that Hatchett graduated with a law degree from UT, and his keen vision drove the Chevelles, who then included Dwight Dow, Tom Van Zandt (yes, distant cousin), and frontman Ernie Gammage, whose attorney father provided a basic contract to book gigs. Hatchett took that contract and, using his schooling, modified it into a document that would become the HTA standard, its basic form still in use today. That's precisely the sort of detail that got the attention of an ambitious Northeast Texas drummer named Don Henley.

In the mid 1960s, Henley played in an East Texas quartet called Felicity that Hatchett booked regionally. Felicity garnered enough attention to release a 45, but in the process of wooing their future producer Kenny Rogers, they changed their name to Shiloh and headed to California. When Shiloh's record stiffed, Henley took a gig backing Linda Ronstadt at the Palomino. Those bandmates became the Eagles.

Four decades is a lot of time for Don Henley to remember an agent from his formative years, but the future Eagle learned a basic lesson through Charlie Hatchett: Success on any level is built with a team.

Good To Be a Chevelle

"It's cool to be a Chevelle," declares guitarist Todd Potter. "Sometimes the audiences is bluehairs, and still we manage to dig into grooves that reward us. I always come away saying, 'It's good to be a Chevelle.'"

The current lineup of the Chevelles is Potter's vehicle of choice these days – when he's not steering recently revived psych rock pioneers Bubble Puppy. As a teen, he joined Bubble Puppy and sped up the charts in 1969 with "Hot Smoke & Sasafrass." The band's shift from Texas to California following first LP A Gathering of Promises caused friction in the group. A major label deal on ABC/Dunhill, where labelmates included the James Gang, the Mamas & the Papas, and Three Dog Night, foundered. The label pressed the disheartened band to change its name to Demian. While on tour back through Texas, Demian stopped into Hatchett Studios.

"It was an error on everyone's part to change our name," says Potter today. "No one knew who we were when we came back as Demian. Charlie's law office was on Medical Parkway, around 45th, and he had a studio there. We wrote and recorded our demos for ABC at Hatchett Studios. 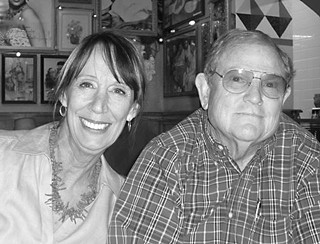 "I think more bands cut demos there than anywhere in town back then. When we became Sirius, Charlie booked us regionally.

"I'd hung up the music business in the Eighties, went through years of not playing, then about 10 years ago, my wife and I started going to see Charlie's band. Charlie kept twisting my arm to sit in and sent me a stack of tapes, saying, 'Brush up on these, because we would love to have you play with us.' I did, and I really enjoy playing and am glad I came back.

"I owe it to Charlie I started playing again."

Charlie Hatchett Jr. chuckles amiably on the telephone, much more soft-spoken than his name suggests. At 72, he recalls his career with great fondness, serving as agent and client for himself, his own bands, and thousands of others.

"The best band with the most potential I ever booked was Krackerjack," he states unequivocally. "That's one band I will never understand why they didn't get big. They were ready to go, so creative. Maybe it was Uncle John Turner being so ornery that he scared off [ZZ Top manager] Bill Ham. But he knew his music." (See "The Beat Goes On: R.I.P. Uncle John Turner," Earache! Music blog, July 26, 2007.)

"And Tommy Shannon, so great. Stevie Vaughan played with them some, then with Blackbird."

Booking for today's market presents challenges Hatchett no longer faces since his son Charlie Hatchett III took over the agency in 1995. Still, it's a long way from when "we'd get Billboard out and look bands up and see if we could make a deal."

"The problem I see with today's agents is it's hard to compete with so many bands available in the Austin area. The difficulty is in representing the band and not the club or the buyer. It's hard to keep bands booked all the time because there's so much competition. If you hold out for more money, these club owners say, 'I'll find a band to play for nothing,' and they can. That's the problem. Agents today more or less represent the club rather than bands."

David Cotton can testify to the benefit of an agent that truly works for the client: Charlie Hatchett booked his first gig in 1975 drumming for Rabbit.

"I was playing bars and parties my junior year of high school," recalls Cotton. "Spring season was frat parties, and we made zillions. We toured San Angelo; Hobbs, New Mexico; Colorado – we were big in Pueblo! – Cheyenne, Wyoming; and back through Oklahoma City. Weeklong gigs he booked us on. We probably got paid about $1,800 a week, and 15 percent went to Charlie.

He also admits the downside of having been one of maybe 50 bands Hatchett worked on any given weekend. Competition was fierce. And Hatchett watched the trends.

"Animal House came out, and we learned all those songs," recalls Cotton. "Once we got paid $500 to sing 'Evergreen' at a wedding. And when Peter Frampton got big, Charlie sent us to buy satin pants and platform shoes. You could try to compete with Stevie or Christopher Cross or go play cover gigs with Charlie Hatchett. How good was it to play cool joints and shitholes when you're young?"

Till the Cows Come Home

Cycles come full circle Sunday at Threadgill's World Headquarters when Cotton pays musical tribute to the Hatchett man, currently being treated at M.D. Anderson in Houston for a second round of cancer. This is a genuine celebration – not a benefit, not a fundraiser. In fact, it's free. Hatchett took his percentage long ago.

Charlie Hatchett's looking forward to the show, naturally, featuring past and present Chevelles, John and Al Staehely from Spirit, and even a 2011 version of Krackerjack, among others. Back at his longtime Marble Falls ranch, however, he has more pressing issues.

"We're in the process of moving cows," he explains. "We've got a drought, and we have to sell our herd. It's so sad. Thirty years in the making. I can hardly look them in the face.

A Tribute to Charlie Hatchett, beginning at 5pm on Sunday, Oct. 2, at Threagill's World Headquarters, features the Chevelles, the Staehely Brothers, Krackerjack, and more. Free.