After more than 30 years, Robert Earl Keen continues telling stories that imprint listeners in a manner that's unforced and cogent, and Ready for Confetti finds him stretching a bit musically. Most will be immediately drawn to "The Road Goes On and On." With the often-covered "The Road Goes On Forever," Keen almost single-handedly invented the Red Dirt music scene, and while the title of the new song implies a follow-up, it's a venom-laced stomper that will set tongues wagging trying to figure out exactly which clown he's referring to. A remake of "Paint the Town Beige," the slacker's lament that gave 1993's A Bigger Piece of Sky its title, doesn't add anything new, but the slinky "Who Do Man" continues the bluesy drift that began with 2009's The Rose Hotel, and both the title track and "Waves on the Ocean" feature island motifs that suggest maybe Keen's been spending time with Jimmy Buffett. 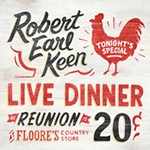 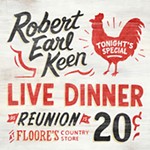