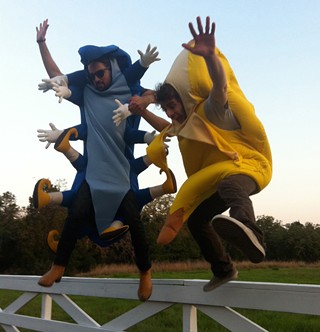 Never underestimate the power of a good jingle. That could be the modus operandi for Austin's Zorch. Comprised of former Berklee College of Music roommates Zac Traeger and Sam Chown, the electro-prog duo got its start locally with the short-lived Jingle Junkies Productions and has used personalized YouTube videos to gain buzz from influential critics like NPR's Robin Hilton and Pitchfork's Ryan Schreiber. The campaign started two years ago with audio clips aimed at former Emo's booker Michael Booher, Transmission Entertainment handler Rosa Madriz, and a KVRX programming director. "That's the fun side of your band and your product and your music," says Chown, "funny publicity stunts." Zorch's music is no laughing matter, though. The band's new cassingle, "Cosmic Gloss" b/w "E.M.F.," offers a swirling orchestra of fractal pop, exactly the sort of oddball brilliance that's come to be expected from Austin's Insect Records (see "Cult of Personality," June 25, 2010). Before departing for an extensive North American tour, Zorch celebrates the release with a handpicked bill on Saturday, Aug. 6, at Spider House Ballroom, featuring Fresh Millions, Marmalakes, and Butcher Bear vs. Soundfounder, among others.

A Different Kind of Pain 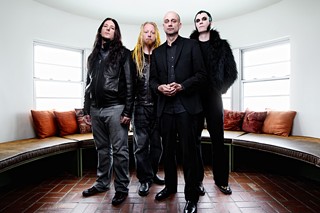 Until recently, drummer Sam McCandless served as Natural Ear Music School's resident rock star. Co-founder of the million-selling alt-rock act Cold and designer of the band's ubiquitous spider logo, McCandless moved to Austin eight years ago with his wife, photographer Georgia von Eberstein. He's since been working with Butthole Surfers mad genius guitarist Paul Leary in the B-movie, psych-blues act Carny, with a debut full-length in the mixing process. More recently, he regrouped with Cold for the band's first album in six years, Superfiction (Sonicstar), a work that rekindles the riveting bleakness of 2003 breakthrough Year of the Spider and entered the Billboard charts last week at No. 37. "Having taken such a long break, we were able to come back, focus, and put all of that energy into the album," said McCandless before Cold's stop at Emo's on Tuesday. After the touring cycle, McCandless plans on opening Austin City Rock Camp in the Bee Cave area this fall, complete with celebrity sessions, which makes sense given that Disturbed's David Draiman and John Moyer have both apparently relocated to the area. "I was 5 years old when I saw Kiss, and from then I just wanted to play music," relates McCandless. "The magic about music, I want to give that back to kids."

Great things come in small packages for Bali Yaaah, at least regarding the local trio's debut EP, Never Early Always Fate, reviewed in "Texas Platters." Aside from the standard CD release, the band's selling "Usagi," a bunny-shaped 2-gigabyte USB drive and MP3 player that comes with complimentary headphones and is preloaded with bonus material that more than doubles the disco-doom experience, including a 2010 live set at the Ghost Room and a mixtape of demos and alternative tracks (www.baliyaaah.bandcamp.com). "The idea's been in my head for a while to do something on a flash drive," says frontman Chris Brown, the former Space Invader Orchestra leader who found the Chinese manufacturer through his job at Open Labs. "It went along with our dark, eerie sense." Bali Yaaah's currently working on a remixes EP and spooks Cheer Up Charlie's with A Sky Jet Black on Aug. 13.

Local booking impresario David Cotton has heeded Eddie Wilson's call to make the original Threadgill's on North Lamar "the hippest place in North Austin since Janis Joplin was there." "Old No. 1," which was extensively renovated in 2008, boasts a strong run this weekend, with Warren Hood on Friday (Aug. 5) and Jon Dee Graham on Saturday (Aug. 6), followed by BettySoo (Aug. 12) and Joel Guzman & Sarah Fox (Aug. 19). Enter to win tickets at www.facebook.com/chroniclemusic.

Reckless Kelly's third annual Celebrity Softball Jam in May netted $30,000 for three area youth baseball programs – the Miracle League of San Antonio, the Miracle League at Town and Country, and Del Valle Little League – along with a truckful of gear for the new Reckless Recycling Program. The Red Dirt MVPs are getting back to their DIY roots with Good Luck and True Love, a self-produced and -released album due in September.

Commemorating the 20th anniversary of Nevermind, Austin's Meat Puppets covered "Smells Like Teen Spirit" for Spin's Nirvana tribute, an apropos nod to the band's guest appearance on the iconic MTV Unplugged session. "It wasn't daunting," guitarist Curt Kirkwood told Spin. "'Teen Spirit' is just a few chords. It's easy to play – slap some reverb on there, and it's good to go." Download the free album, which also features the Vaselines and Titus Andronicus, at www.facebook.com/spin.

Don't look now, but the beast that is South by Southwest has officially been let back out of the cage. Early bird submissions for 2012 showcasing acts are being accepted now through Oct. 7. Apply at www.sxsw.com/music/shows/apply.

On the momentum of their fourth straight indie pop album, Last Looks, the Sour Notes headline the Aug. 16 edition of Paper Cuts, the Chronicle's new live music series at the Palm Door, sponsored by Capital Metro and featuring food and drinks courtesy of Opal Divine's, Tito's, Dos XX, and Neuro. RSVP to the exclusive gig and check out previous footage from Austin Music Weekly at austinchronicle.com/papercuts. 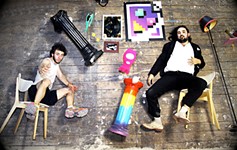 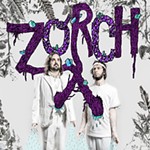