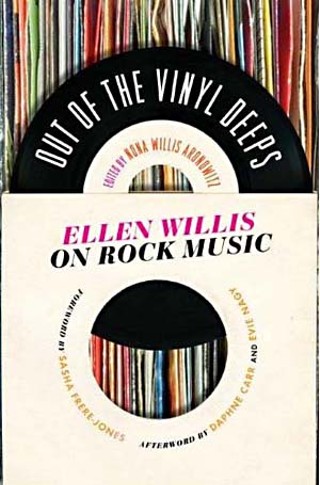 
Ellen Willis did the unthinkable: She talked me into caring about Bob Dylan. "Before the Flood," her 1967 essay in Cheetah, captured the rock & roll curio in just the right light: "Many people hate Bob Dylan because they hate being fooled." The next year, she became the first pop critic for The New Yorker, and her column, "Rock, Etc.," evolved into scripture before she left the profession a decade later to pursue academia, where she remained until her death in 2006. From that relatively short span comes much of this six-chapter collection, illuminating the feminist, scholar, and observer. The brains on her. Willis ran critical circles around her counterparts (including former beau Robert Christgau) and took pop culture as truth, rather than passing fad or obsession, something sorely lacking in rock criticism today. And nowhere have I found a better description of Randy Newman: "He is also a weirdo – a straight man for a black-comedy team that consists of him and his subconscious and expresses itself in a voice that makes me think of wet sand being eased out of a bottle." As a woman, she was naturally better at taking in her surroundings in the context of music, as in this passage: "Listening to most rock and roll was like walking down the street at night, automatically checking out the men in my vicinity: this one's okay; that one could be trouble, watch out." In that same essay, "Beginning To See the Light," published in the Village Voice, 1977, she watches Patti Smith one night and asks, "I've always wondered if she were afraid of her considerable power." Same could be said for Willis, who balanced the male rock critic's bravado and fanboy gibberish with grace and wit. She was right about everything.