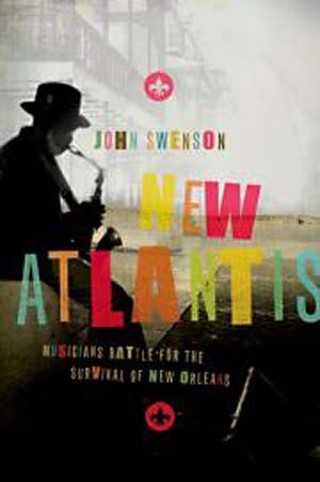 
In veteran music scribe John Swenson's view, there is a correlation between New Orleans rising from the sea after Hurricane Katrina, buoyed by the musicians who call the Crescent City home, and the mythical sunken island Atlantis. Few will argue with that thesis, even if the fight for survival is ongoing. Swenson, a NOLA resident for more than a decade, provides enlightening, at times alarming, interviews with those most outspoken and visible fighting to save what was almost washed away. Mac Rebennack, aka Dr. John, talks about his activism in trying to save the wetlands of Southern Louisiana even before the so-called "federal flood," while Cyril Neville speaks of his time as a refugee in Austin, trying to deal with the devastation from afar. A good portion of the book is spent with the Andrews family, including Troy "Trombone Shorty" Andrews, who spotlights the importance of the daily music scene in the Treme neighborhood and what effect its ruin had on a younger generation of musicians. Swenson nimbly deals with an increase in violence and turf wars, one of the consequences of the town losing most of its inhabitants, while also telling heartrending stories of the irreplaceable memorabilia that was destroyed. The commercialization of Jazz Fest is covered as well, although many have resigned themselves to relying on tourism to get New Orleans back on its feet. Some of the book's formatting is funky, and Swenson's photographs sprinkled throughout seem amateurish, but anyone who loves New Orleans will find New Atlantis an engaging read.