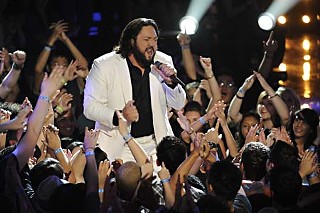 Voice over: Nakia on NBC (Photo courtesy of Lewis Jacobs/NBC)

Whaddaya Want From Me

Despite receiving personal approval from his coach, Cee Lo Green, Nakia was eliminated in the elite eight round of NBC's The Voice last Wednesday, June 22, but Austin's burly blues shouter hasn't lost sight of the bigger picture. "Last year at this time, I was playing at the Saxon Pub to maybe 10, 15 people," reflected Nakia last Saturday from Los Angeles. "Yesterday, I sang the national anthem to 36,000 people at Dodger Stadium." Nakia had an impressive run, charting two songs from the program on iTunes' Top 100 and landing some rare promotional opportunities, most recently an appearance on director Kevin Smith's live podcast, but it's far from over. He's in preliminary talks with Universal Republic, The Voice's label partner, and will be joining the other seven finalists on a six-date national tour. "I have a whole new group of folks, Team Nakia" – his 21,000-plus followers on Twitter – "and fans from all over the world that are ready to see what they saw on television in person." Nakia receives a proper homecoming as part of KGSR's Blues on the Green series with Marcia Ball on Wednesday, July 6, but don't be surprised if he shows up to support his teammate Tje Austin, who visits Threadgill's on Friday, boasting the new digital single "Hello Stranger." Meanwhile, Green's country crooner Curtis Grimes floats down to River Road Icehouse in New Braunfels Saturday, July 2. 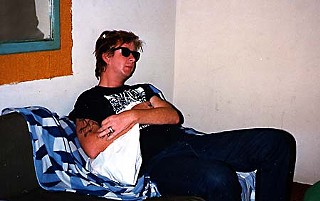 Michael Corcoran's trajectory was opposite of most music critics': He started out crotchety and cantankerous – with the inflammatory column "Don't You Start Me Talking" for the then-biweekly Chronicle – then mellowed with age, developing into the Statesman's definitive voice on Austin music. "I was very influenced by the punk rock attitude," reflected Corcoran via email (see the full interview at austinchronicle.com/earache). "The difference between Margaret Moser's column ["In One Ear"] and mine was that hers said 'fuck me' and mine said 'fuck you.'" To commemorate Corcoran's retirement last week, a decision he based on his need for "a long break" and a desire to help his son Jack, a high school senior, prepare for college, OTR compiled the Top 5 Corky Rants for the Chronicle.

5) Austin Music Sucks: "Everybody likes what they hold in their own stool cup, but musicians act like they just walked out of I-Can't-Believe-It's-Yogurt with theirs." (Apr. 25, 1986)

2) On MTV's The Cutting Edge: "I don't think too many outside our small but growing scene will be coaxed into a condition resembling elation over our consensus weak vocals, strong hairstyles, and come-as-you-are wardrobing." (Sept. 6, 1985) 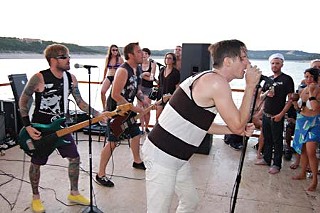 Like Rock 'N' Roll High School on summer vacation, the Riverboat Gamblers set sail last Monday afternoon on the closest local alternative to an actual riverboat, a double-decker party barge on Lake Austin. For the first installment of the Emo's summer series, the Ark docked on a semiprivate island that might as well have been international waters – no sound or smoking ordinances. After sending out an early SOS due to 500 beers plundered in under an hour, the Gamblers redefined yacht rock at sunset with a 45-minute whirlwind of convulsive punk anthems like "Rent Is Due" and new material from an upcoming EP. Frontman Mike Wiebe treated the upper deck as his personal Slip 'N Slide and closed by walking the plank, a titanic moment that epitomized the encore, "The Art of Getting Fucked." Krum Bums drop anchor next on Sunday, July 10, followed by San Marcos dance punks Zlam Dunk on July 17. Back on drier land, Emo's owner Frank Hendrix has been overseeing the construction of Emo's East, a $2 million, two-story renovation of the former Back Room on Riverside Drive. "I'm the guy straightening the nails, trying to keep costs down," cracked Hendrix. "It's going to be like a smaller [Austin] Music Hall but aesthetically pleasing on the inside and finely tuned." The 1,500-capacity venue is scheduled to open Sept. 11 with the apocalyptic return of the Butthole Surfers.

Elliott Turton of Indiana's Waxeater was severely shocked onstage at Beerland on Sunday evening, requiring cardiopulmonary resuscitation. Paramedics rushed Turton to Brackenridge Hospital, where he was stabilized in the intensive care unit and became responsive on Wednesday morning. "This is the worse thing that could ever happen," lamented owner Randall Stockton, adding that the club had never experienced this issue before. Beerland closed on Monday night for an inspection by an electrician, who approved the venue's reopening the following night. "It was pretty disturbing," wrote Followed by Static's Eric Rothschild, who was scheduled to headline Sunday, "but the Beerland crowd and staff and EMS's quick response made all the difference." Beerland hosts a benefit for Turton Saturday, July 2, with Wiccans, Air Traffic Controllers, Breatherholes, Quin Galavis, and more.

Austin commodities trader Milton Verret purchased the red leather jacket worn by Michael Jackson in 1983 "Thriller" video for $1.8 million at an auction on Sunday. Before a worldwide charitable tour, Verret plans to show the jacket at the Dell Children's Medical Center of Central Texas, where he'll likely be accosted by every known nonprofit in a 90-mile radius.

ACL Presents: Satellite Sets rolls back into KLRU's Studio 6A with indie songsmith David Bazan Tuesday, July 5, 7:30pm. The RSVP list is already full, but some seats are still available; line up at 6:30pm if you want a spot or visit www.klru.org/satellitesets for details. Meanwhile, KUT broadcasts two tapings, Sarah Jaffe and Quiet Company, on July 13, 9pm.

In a recent New York Magazine post, the Sword's JD Cronise riffed on Game of Thrones, HBO's adaptation of George R.R. Martin's fantasy novel, which inspired the local metallurgists "To Take the Black." "In my opinion, both the Targaryens and Greyjoys are way more metal than the Starks," Cronise posited.

Austin's boys of summer, the Bright Light Social Hour has been tapped to headline the Chronicle's annual Hot Sauce Festival at Waterloo Park on Aug. 28, alongside teen sensations Schmillion, rock en Español riot squad La Guerrilla, and funk massage therapists Foot Patrol. To win a spot on the bill, sign up before July 8 for Sound Wars, the Chronicle's online song competition, at austinchronicle.com/soundwars. 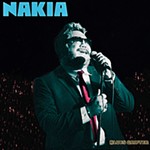 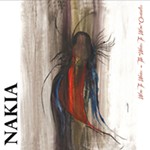 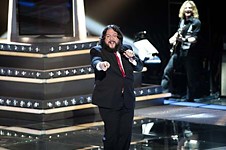