A guide to Red River's annual gathering of tribes

Converge (10pm). In the decade since Jane Doe took metalcore to new depths of despair, Jacob Bannon's soul-rending scream has become the ironclad standard for emotional hardcore. Touché Amoré's (8:30pm) sophomore release, Parting the Sea Between Brightness and Me, is due via Bannon's Deathwish Inc. label, plus has Thursday main man Geoff Rickly's seal of approval. Its West Coast take on New Jersey screamo is one Full Collapse away from underground stardom. Title Fight (9:15pm) buzzes with long-awaited debut Shed, while fellow Northeasterners Trap Them (7:45pm) pulverize bones. Inside, Dead End Path (11:15pm) matches them all riff for knuckle-cracking riff as the Pennsylvania brutalists continue where Biohazard left off, before Ontario's Burning Love (12:45am) brings garage-rock fury. Leave it to the Menzingers (12mid) to lighten the mood with their sing-along-ready folk-punk. – Richard Whittaker 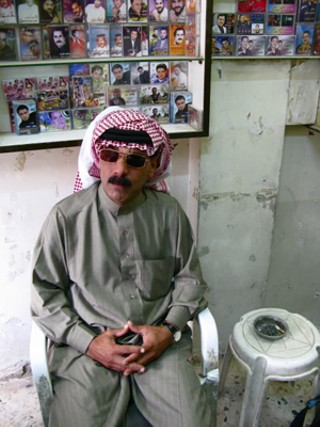 Syria's in crisis. Uprisings in the Arab Republic have resulted in entire cities like Deraa, Baniyas, and Homs falling under siege by government forces. Omar Souleyman can under no circumstances address these matters. That's the lone condition of our interview, conducted at 2:30am via Skype and a translator, with the express warning that government officials may be listening in on the call. That leaves his music, an exotic blend of Iraq choubi and Syrian dabke, regional forms of street folk and party music.

"I always find myself going back, looking back to tradition," offers Souleyman, essentially the world's greatest wedding singer with some 500 releases of live performances at matrimonial ceremonies. "The music mainly gives happiness to the people. It's less sadness that I address. In my opinion, it reflects living here, in Syria, in the city among my people."

"My feeling was that because the music was so special that it would draw the attention of the people," posited Souleyman about the collaboration, though he could have been describing his own catalog. "It has something really individual to it, not to be compared to other pieces." – Austin Powell See You in Hell

Red 7, 9:15pm England's sound of the suburbs has been releasing snide-smart spasms of two-minute post-punk since 2007, trading in pure pogo fun with a satirical, lyrical twist. The Shitty live experience is more chaotic than its Beware the Limits LP would suggest. – Richard Whittaker

Red 7, 11:15pm Still not sure about this "bounce" bidness? Imagine yourself neck-deep in the silliest, nastiest motorboating ever, but instead of boobies, you've got a face full of boo-tay. NOLA sissies Big Freedia and Katey Red kick off National Gay Pride Month in ass-clap style. So gayotic: Chaos organizer Timmy Hefner released Freedia's latest 12-inch on his 540 Records. Opener Cult of Youth's Pogues-in-space vibe would nestle as nicely at Burning Man as Carnegie Hall. – Kate X Messer 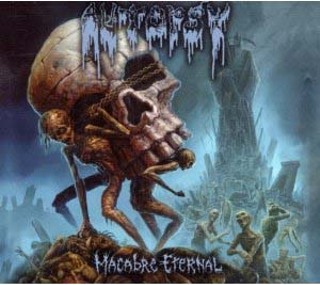 After decades of denial, defining death metal drummer Chris Reifert has disinterred the bloodstained kings that first smashed gore into thrash. Rejecting both the coprophiliac humor of 1995's Shitfun and the skittering math rock of 2010's reunion The Tomb Within EP, he chops together a true heir to 1989's Severed Survival. First cut "Hand of Darkness" reigns in blood, while "Bridge of Bones" is epically melodic. Well, melodic for Autopsy. More guts, more glory. (Friday, 12:45am, Emo's)

The Gates of Slumber 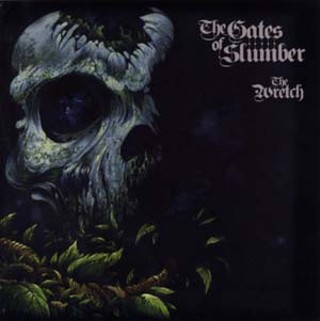 Early Maiden accents on this Indy trio's previous pulps, 2009's Hymns of Blood and Thunder and 2008's Conqueror before it, were already downtrending to the full-on gloom and doom of fifth full-length The Wretch. Previous sand-and-sandals epics here become self-loathing ("The Scourge of Drunkenness") and the bilious post-folk Puffnstuf of early Sabbath ("Day of Farewell") – laced with pinpoint atmospherics/psychedelics ("Castle of the Devil"). Calcification weighs down the close, but this "Bastards Born" to doom. (Friday, 8pm, Scoot Inn)

End of an Ear, 3pm Guitarist Gerard Cosloy and drummer King Coffey passed the underground-cred test separately, but the local noise-punk duo doesn't need to cheat. Still no LP from ATC, so live is where to get over yourself. – Audra Schroeder

Beerland, 6pm After parting ways last year, Denton's revered quartet siphoned its talents into side projects, so this is another chance to revel in its power-punk anthems. – Audra Schroeder

Antone's, 10:15pm A slight name change from Pure Ecstasy, but the same woozy, sleepy sound from this Austin trio. July's full-length, Pleasure, spells it out on the cover: a red rose placed between black leather handcuffs. This reverb goes all the way up. – Audra Schroeder

Beerland, 1am Your inner child will go yo gabba gabba for this NYC trio. Sophomore LP Stay Home pops off with lo-fi energy and stripped-down 1960s strum, melting cassette tapes and falling down the stairs. – Audra Schroeder

Emo's, 1am More than a thousand hardcore acts owe their sound to Doom's face-smashing 1988 LP, War Crimes, and don't know it. The recently re-formed UK crust punks are the meat-hook-to-the-ear link between Napalm Death and Extreme Noise Terror. – Richard Whittaker 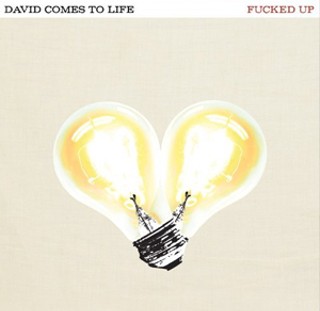 A postapocalyptic punk love story of epic ambition, David opens with a reverb-drenched intro that sounds like this Toronto sextet superglued Philip Glass' fingers to Kevin Shields' brain. Follow-up to 2008's acclaimed The Chemistry of Common Life, it ups the ante, "Queen of Hearts" slamming it all into heartsick overdrive with ecstatic, chiming guitars and frontman Damian Abraham's blistering shrieks. "Remember My Name" is downright Tommy-esque in sound and fury, while closer "Lights Go Up" knots barbed wire. This is a masterpiece. (Sunday, 8:15pm, Mohawk) 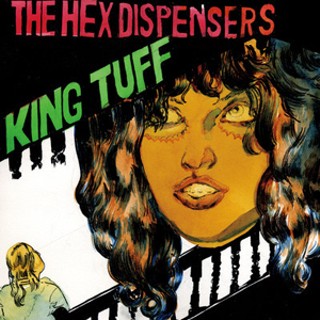 Vaaska (Sunday, 3pm, Beerland) Ragin' kegger down by the docks.

From the Land of Ice and Snow: Five Scandinavian Bands The Young (Friday, 10:30pm, Emo's) Mexican Summer punks are all sweet and swollen.

Vile Gash (Thursday, 8:25pm, Emo's)/Nukkehammer (Friday, 4:25pm, Beerland; Saturday, 10pm, Emo's) "This is hardcore made how it should be," says Chaos organizer Timmy Hefner, "from kids in a terrible Midwest town that inspires frustration and anger in all the best ways."

Tuberculosis (Friday, 6:30pm, Beerland) South Central hardcore features members of Hit Me Back and the Beatings.

Abduktion (Sunday, 11:45am, Red 7) Might as well be German for "movement separating limb from axis."