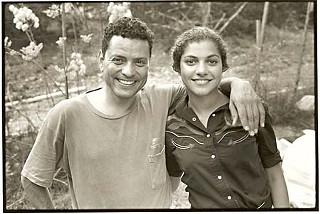 When it comes to Texas songwriting, history happens first at the Kerrville Folk Festival. The annual 18-day outing in the scenic confines of Quiet Valley Ranch has helped discover some of the most important voices in American music. The festival commemorates its 40th anniversary this year, featuring the Lost Pines (May 26), Slaid Cleaves (May 27), Judy Collins (May 28), Eliza Gilkyson (May 29), and Randy Rodgers & Wade Bowen (May 30), all leading up to a closing concert memorializing late friends and family of the festival as conducted by David Amram and starring Marcia Ball, Trout Fishing in America, and Will Taylor & Strings Attached. (For a full lineup see www.kerrville-music.com.) Lending perspective to Kerrville's longevity, OTR compiled a hits timeline, with thanks to founder Rod Kennedy's Music From the Heart, Erinn R. Barefield's The Kerrville Folk Festival: The Path to Kerr-version, and www.happenstance-music.com. For memorable first-hand accounts, see "Marshmallow Love," May 24, 2002.

1981: Ooze Brothers make their second round at the campsite.

1993: An American Indian tribute, the Festival of the Eagle, ends after a three-year run.

1999: The festival is sold to former staff member and volunteer Vaughn Hafner. Ray Bonneville stakes his claim at New Folk.

2000: Terri Hendrix: "There was something that I can't put my finger on, but it was a beauty."

2009: Rebecca Loebe performs before her turn on The Voice.

According to Ozomatli bassist Willy "Wil-Dog" Abers, there are three essential elements to any Tejas party: barbecue, piñatas, and cumbia. The L.A. ensemble certainly held up its end of the bargain, bringing stadium swagger and classic hip-hop to Fiesta Gardens on Saturday, May 21, in the most engaging headlining performance at the Pachanga Latino Music Festival to date.

Chico Mann supplied the piñata. From behind his laptop and keyboards, the Antibalas orchestrator wove digital folklore on the Patio Stage, crafting a real-time mixtape of galactic funk and 8-bit Afrobeat. Houston rapper Chingo Bling pinpointed the only missing ingredient: "We need some Pa-Chingo in this Pachanga." Indeed, the unlikely urban cowboy got down convincingly with a twopiece live band on club banger "Bottles Up" and Big Tymers parody "Still Mexican." After a slow start spurred by sauna-level humidity and Willie Alvarado's last-minute cancellation, Austin's Gina Chavez proved a rare double threat. The bilingual songstress with a deeply expressive voice also supports a noble cause: Austin 4 El Salvador, a college scholarship for four female students to attend Don Bosco University in Soyapango, where she lived and worked in 2009 (learn more at www.crowdrise.com/austin4elsalvador). Girl in a Coma's Nina Diaz upped the ante, issuing 1950s pop with the spirit of a puritan witch. Her snarl pierced even on softer numbers like Selena's "Si Una Vez," which prompted David Garza to join in on percussion. Garza, whose cameos have become an annual tradition on par with San Antonio's lively Mariachi las Alteñas, later joined Adrian Quesada's Echocentrics for Rodriguez's "Sugar Man," a set highlight that captured the eerie wonder of the original psych-folk gem. 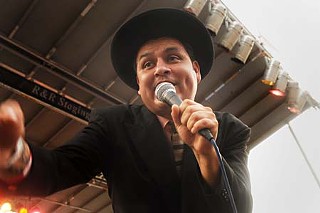 Elsewhere on the local front, La Guerilla proved a mob squad with zoot suit riots that alternately pulled from the ska-pop of Sublime, the gypsy punk of Gogol Bordello, and Mano Negra's Patchanka. The real party took place in the tented area, where Master Blaster Sound System's electro-cumbia was followed by Mexicans With Guns' tweaked-out beat chemistry and Toy Selectah's border-town techno that raved like spring break.

"We were especially happy the world didn't end, and it didn't rain too," reports organizer Rich Garza, who says he's already planning next year's festivities.

Just when it looked like the 2011 Austin City Limits Music Festival couldn't get any better, C3 Presents added the King of Bongo, Manu Chao (Sunday), and Kurt Vile & the Violators (Friday) to the bill. Meanwhile, Gayngs' bus fiasco at ACL 2010 was settled in court last week, with the collective being awarded more than $100,000 in compensatory and punitive damages.

Rise Against's Zach Blair gave a guest lecture at Austin's School of Rock on Tuesday, May 17, and signed some items now being used as part of a Kickstarter campaign to help send three local students on the national School of Rock AllStars tour. Visit www.kck.st/kDQPdQ to donate.

Actor Jeff Bridges pays tribute to his Crazy Heart colleague Stephen Bruton on his self-titled debut for Blue Note Records, covering the late Austinite's "What a Little Bit of Love Can Do" and "Nothing Yet." The T Bone Burnett-produced album, due Aug. 16, also features guest vocals from onetime local wrangler Ryan Bingham and Rosanne Cash. A Culture 50 Years in the Making: The Kerrville Folk Festival Experience
Life-altering and deep-listening scenes from the oldest music festival in Texas 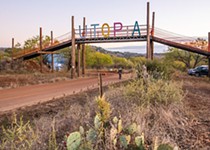 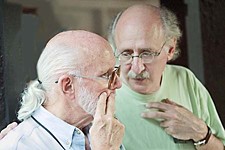