South by Southwest has thrived for 25 years – a history chronicled in new documentary Outside Industry, on display at the Austin History Center exhibit "5X5Y: 25 Years of SXSW Music," and hardbound in the SXSW Scrapbook (UT Press) – on one basic premise:

Every year SXSW tweaks its formula and builds upon what works. The most notable addition this go-round is Gear Alley Expo's Speed Sets in the Austin Convention Center alongside the American Poster Institute's Flatstock 29 and the Texas Guitar Show. Imagine an entire evening squashed into 90 minutes, with no sound check or changes to the back line. The Black Lips curate Thursday's edition while Saturday serves as an Austin sampler, featuring the Ripe, Tia Carrera, Ringo Deathstarr, and Ume, among others.

Even celebrity blogger Perez Hilton joins the party officially, both as a panelist (What Would Gaga Do? Friday, March 18, 12:30pm, Room 18ABC) and the host of a showcase at the impeccable new ACL Live at the Moody Theater on Saturday. "It literally is the most fun I have every year," says Hilton. "I look forward to it so much."

In total, 2,008 artists are scheduled to perform at SXSW 2011, spread across 79 venues and 92 stages. Nearly one-third of those acts – 586 to be exact – represent 61 different countries, a new record on both fronts. SXSW will also accept donations at the Help Save Japan booth near Ballroom D in the convention center for the victims of the earthquake and tsunami.

"We're definitely trying to cover as much of the world as we can," Grulke adds.

While every year SXSW seems to start a little earlier, this time it's actually true. The expanding confluence of the three portions of the Conference necessitated bumping official Music showcases to Tuesday night. That's fitting given that John (still the Cougar) Mellencamp answered questions after the screening of It's About You on Saturday, Chris Cornell unplugged at the Belmont on Sunday, and OutKast's Big Boi introduced Sir Lucious Left Foot to Seaholm Power Plant on Monday as part of a Pepsi Max promotion through Foursquare, a microgeographical social-networking site that launched at SXSW last year.

And to think, the real March madness has barely even begun.

For the first time in decades, the winners of the Austin Music Awards will be announced live at the event, Saturday, March 19, at the Austin Music Hall, with results published online that night after the event. Dana Wheeler-Nicholson of Friday Night Lights will serve as a presenter, along with a certain member of Houston's Moving Sidewalks. That seems appropriate in light of the reunion of Texas psych legends Bubble Puppy, which, contrary to previous reports, will feature all four original members. Along with Joe Ely, local jazz beacon Ephraim Owens is now confirmed as a special guest for the Wagoneers. See "Let's Build a City" for the complete AMA preview. 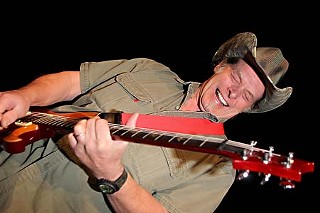 In what Texas Tribune editor and host Evan Smith promised would become a new tradition, Ted Nugent ushered in the Texas Film Hall of Fame Awards last Thursday at Austin Studios with a searing rendition of "The Star Spangled Banner." That certainly set the musical tone for the Austin Film Society's annual red-carpet gala. Spoon graciously accepted the Soundtrack Award, though the thorough screening of the band's onscreen credits made frontman Britt Daniel look like he wanted to re-examine his royalty statements. Evening honorees Renée Zellweger and John Hawkes both reminisced about the Austin music scene of the 1990s – the former Deadwood star was spotted at the Chronthology release party – and gave a shout-out to Buffalo Gals' Gretchen Phillips. While the Nuge's right-wing guitar salute might have stolen the thunder, as at least one member of the film cognoscenti in attendance pointed out, a true patriot would've taken his hat off. 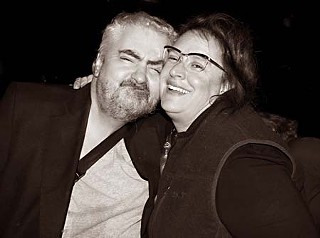 Beginning with Standing Waves' opening invocation of Television's "See No Evil," the release party for The Austin Chronicle Music Anthology at Antone's last Wednesday carved its own piece of local history, led by the visceral guitar tandem of Larry Seaman and Randy Franklin, currently featured in the SXSW showcasing act Why Not Satellite. From Kathy McCarty's poignant, bittersweet duet with Daniel Johnston on "Hey Joe" and the Skunks' colossal "Earthquake Shake" to the Gourds' righteous hootenanny and the romantic waltz of Poi Twang (a special collaboration between Poi Dog Pondering, Abra Moore, and David Garza), the evening felt like an intimate secret shared among friends, one that OTR is deeply thankful for. The benefit raised more than $2,500 for the Health Alliance for Austin Musicians, and the Crack Pipes provided the perfect nightcap of hard blues and cold sweat, worthy of honorary guest Pinetop Perkins. The rest's a glorious haze, thankfully captured by the audio/visual historians of Austin Music Weekly. Check out highlights from Johnston's set in this week's Wednesday Rewind: austinchronicle.com/earache.

Houses of the Holy

Within minutes of arriving at the Blanton Museum of Art, Storm Thorgerson put OTR and Music Editor Raoul Hernandez to work, cutting paper stars that were later used during his lecture for a photo shoot he described as a "homage to the great state of Texas." Backstage, the iconic graphic designer riffed on the hidden dialogue and meaning behind his work for the Steve Miller Band's Bingo! and Led Zeppelin's Presence, assisted by director Roddy Bogawa and photographer Rupert Truman. "It is possible, not that I particularly like it, that all album art rests on the music, literally and metaphorically, but obviously I don't believe that," offered Thorgerson with distinctly British quirk and charm. "I don't think any album cover helped sell a record personally. The album cover is an extension to the music, an accent, but it has nothing to do with commerce. I kind of wished it did. Then I wouldn't be sitting here with you guys." The real-time surrealist has signed on to create the cover for the Frenchie Smith-produced debut by Black Forest Fire, the melancholic local band fronted by Karen Skloss, who edited the doc. Taken by Storm: The Art of Storm Thorgerson and Hipgnosis screens one last time at the State Theatre on Saturday, 2pm.