Last August, Yoko Ono re-created her and John Lennon's 1969 anti-war protest, with a plant standing in for her late husband and Jody Denberg sitting at the foot of the bed. (Photo by Kevin Mazur/@Yoko Ono)

The Chronicle compiled these three excerpts below from my three decades of Yoko Ono conversations (www.a-i-u.net/jody.html). They remind me that Yoko is always a forthright and fearless interview subject, and I'm anxious to see what direction our South by Southwest interview will take on Friday.

My most recent conversation with Yoko, who earlier this month notched her sixth consecutive No. 1 on Billboard's Hot Dance Club Play Chart with "Move On Fast," was videotaped in an NYC studio last August to discuss the CD releases coinciding with John Lennon's 70th birthday. Imagine my amazement when she emerged for the shoot in a long, black wig and white pajamas and took her place in a bed with a backdrop re-creating the couple's historic 1969 Bed-In. By the pillow where her late husband would have been was a plant – his 2010 reincarnation! Talking to her in that setting was fun and beyond surreal.

On Oct. 9, 2010, I joined Yoko and more than 100 of her invitees (including Ringo Starr, Olivia Harrison, and photographer Bob Gruen) in Reykjavik, Iceland, where the Imagine Peace Tower was lit in honor of Lennon's 70th. The hostess' Plastic Ono Band with musical director Sean Lennon played a masterful, sold-out concert. That day was Sean's 35th birthday as well, and at his aftershow surprise party, Yoko demonstrated her expertise on a dance floor.

Expect Yoko to sit in on Sean's Chimera Music SXSW showcase Saturday, March 19, at Elysium. Sean knows his way around Austin, having performed at his first SXSW in 1998 – and at last year's as well. He played the Cactus Cafe in January as a member of the Ghost of a Saber Tooth Tiger. Yoko Ono has never been to Austin before.

Yoko? In Austin? That will be fun and beyond surreal.

Jody Denberg: When you listen to artists today, or even back in 1980, could you hear your influence? I know I could hear the influence of Yoko Ono on some newer artists like the B-52s or Lene Lovich.

Yoko Ono: That's what John used to say. Now I'm very glad he heard all that in 1980, and he was very, very happy about it all. He was the one who reported to me: "Listen to this!" And I was very happy about that. But you know most people say, "Well, aren't you overjoyed?" and all that. It was such a long time ago when we were doing those things, and at the time that you do something, if you get a response, it's great! But it was almost around the time that I'd forgotten about it. ...

JD: ... I know that right across the street from where you live is Strawberry Fields. What is that exactly, and what's there?

YO: [They're] in the process of really making Strawberry Fields come true. They're planting trees and doing the groundwork, and I think it'll be ready by next spring.

JD: So it's not fully realized yet, but it'll continue to grow forever like the rest of us.

YO: Yes, and one of the things I'm very thankful of is that this is a place that an incredibly negative thing happened in our life. And negative things continue to happen since then, too. But at the time, everybody was saying, "Why don't you just leave because it must be terrible, why don't you leave New York City, why don't you leave the United States?" ... I did consider that, of course. But I stuck [it] out here, and part of the reason was some kind of continuation in Sean's life. And somehow, by sticking [it] out, and really sitting here and trying to do things, we are just in the process of turning the table around and making the negative into positive. It still hasn't happened yet, in a big way, but I'm hoping that it would.

JD: Yoko, your earlier free-form singing style, which is most evident on Onobox on the first disc, London Jam, was as influential as it was controversial. How did it develop?

YO: Well, you know how it developed. John and I met, and sort of like two cars crashing, we just did it. But of course I was doing that kind of stuff before, but doing it with John was a different experience. Hear "Why" and how he plays his guitar. ... His guitar and my voice [are] having a dialogue. That's something that I'd never done before. That intensity was not there before, even when I did it with John Cage or Ornette Coleman. Not to minimize what happened with them – they're brilliant people, too – but it was a different texture with John. John was right out there. His daring spirit matched mine. It was more like a music fight, us trying to top each other and trying to say something. It was like that.

YO: Well, he was trying to point out that fact to everybody at the time, saying, "If you can't listen to Yoko's songs, at least can't you just listen to my guitar playing?" And he was right. What he did with his guitar is incredible. It was a departure from what he had done with the Beatles, of course, but in those days I don't think they went that far. Well, Jimi Hendrix was great, but it's a totally different style, a different style of heaviness. And Lennon was up there, you know, with it. ...

JD: Robert Palmer, in the Onobox book, talks about the fact that in so many of your songs there's almost a premonition, at least in retrospect, "Walking on Thin Ice," "It Happened," "O'Oh," "Now or Never" – they all had a premonition of what would happen in some way. Is it only because we're looking at it now with the benefit of knowing that it seems that way? How do you feel when you hear those songs, the firecrackers in "O'Oh" or "Walking on Thin Ice"?

YO: I don't know. I don't know how to feel about it. "Walking on Thin Ice" was the most painful one, of course. Because I didn't think it was going to happen just like that, instant karma, or whatever you call it; I don't know. It almost seems like John knew about it, too, the way he's playing and all that. But it's a very strange thing. Part of us probably on a deep subconscious level might have known. But John was still talking about "from now on let's do it like this," so we were still talking about the future too. We were talking about going on tour, you know.

JD: What songs do you think you would have played?

YO: Well, John was saying, "Let's do 'I Wanna Hold Your Hand,'" and saying "I'm gonna just kneel and hold your hand, and everybody's gonna get really upset" – he didn't mind upsetting people. Then he was saying: "The rest of it, let's do the freak stuff. Let's go back to Yoko Ono Plastic Ono Band." I'm thinking, "This tour is not going to be very popular." "I Wanna Hold Your Hand" – nobody's going to like the fact that we're doing it, and then on top of it the freak stuff [laughs]. So I thought, "Hmm, let's think about it."

JD: Yoko, John Lennon/Plastic Ono Band was recorded at EMI Studios. Imagine was recorded at your Tittenhurst Park home studio in Ascot. How did recording at home affect Imagine?

YO: Well, a beautiful warm feeling. I think that John Lennon/Plastic Ono Band is a very artistic album, but it's kind of gritty, and it certainly is not a very warm album. Almost sad in a way. Imagine just turned out to be a very warm kind of beautiful album because we were together at home and he felt relaxed, you know. ...

JD: The utopian idealism of the song "Imagine": John claimed that this vision had its roots in your book, Grapefruit. How do you think that you influenced it?

YO: Well, we were close together, and you know two artists living together, of course we're going to influence each other. Some of the things that I did rubbed off on him. And that was "Imagine" I think.

JD: Do you remember the first time you heard "Imagine"?

YO: Well yes, I was there [laughs]. We were in the bedroom, in our bedroom in Ascot.

JD: Did you have an inkling of how the song was going to affect people?

YO: I knew it was a very important song, and we were both hoping that people would understand it and it would communicate widely. But we didn't believe it, you know. I mean, part of us didn't believe that it's going to be a big song. 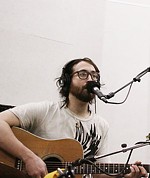