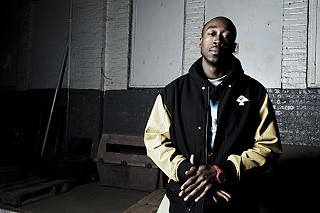 Freddie Gibbs brought a question of his own to the interview.

Gibbs makes music like he interrupts interviews: impulsive, unapologetic, and occasionally offensive. But he's usually right about the topic at hand. From Gary, Ind. – a town known more for its murder rate than its standing as the birthplace of Michael Jackson – Gibbs earned the role of people's champ two years ago when label disputes at Interscope left him stocked on material with nowhere to put it.

He responded with two smoked-out mixtapes, The Miseducation of Freddie Gibbs and Midwestgangstaboxframecadillacmuzik, which thrust him into rarefied air as a rapper hailed by both indie rockers and gangster cliques. Not that he paid any mind to the demographic.

"People respond to authenticity," Gibbs quips, "and I ain't rapping about no fake shit."

Str8 Killa No Filla, Gibbs' first physically distributed release, came last summer in the form of the Str8 Killa EP. Like his mixtapes, it bangs hard-nosed diatribes of urban realism through dexterous gangster poetry, each passage delivered in "The Coldest" baritone. The EP brought Gibbs an influential fan in Bun B, who contributed to closer "Oil Money," along with Dan Auerbach of the Black Keys, and whose influence shows in every corner of Gibbs' game.

"That's Professor Bun," says Gibbs, reveling in the support. "He's been my point man on everything. You just got to soak it up when you get around him." (Also: Sat., 1am, Fuze)