Thirty years, 1,329 issues, and countless special editions. How much was left on the cutting-room floor for The Austin Chronicle Music Anthology? Just under three decades' worth of material. Seriously.

Published by the University of Texas Press with a foreword by Daniel Johnston, the new 314-page retrospective collection represents just a tiny fraction of the paper's music coverage and photography. It's a greatest hits curated and edited during the past three years by myself and Doug Freeman, but it's also an odds & sods comp, featuring rarities like R.E.M.'s interview with Roky Erickson, "Ray Benson's Favorite Songs About Texas," and an oral history of Scratch Acid.

First and foremost, the anthology pays tribute to the Chronicle's contributors, those individuals who captured Austin music history in the making, from Townes Van Zandt onstage at the Cactus Cafe and Spoon's Britt Daniel under the guise of Skellington to Don Walser's debut at Emo's and Christopher Gray's quest to track down James Hand. That passion still leaps off the page, even in the case of Steve Johnson's review of "The Last Days at the Beach," which was originally submitted, unsolicited and unpaid, as a letter to the editor.

Not everything in the anthology was originally published in the Chronicle, however. Both Ellen Wallenstein and Martha Grenon contributed stunning archival photos from their personal collections, while the Big Boys' shot by David Fox was uncovered deep in the Chronicle's storage bins. Those contributions help round out the paper's earliest years as a biweekly, when the emphasis was, by necessity, more on survival than artistic direction.

Through the unmistakable lens of the Chronicle, the book helps illustrate the vast and ever-changing landscape of the local scene, so far beyond its storied and deserved legacy as a haven for cosmic country and Texas blues. There's so much more to be said, most of which will be covered at the SXSW panel Fun Fun Fun?: Thirty Years Chronicling Austin Music (March 18, 11am, Austin Convention Center, Room 10A). Our hope is that it not only spurs a closer look at the acts covered within, but also encourages readers to continue to get out and support live music as it happens here year-round.

On that note, we're honored to announce the final lineup for The Austin Chronicle Music Anthology release party, Wednesday, March 9, at Antone's. All proceeds from the event will be donated to the Health Alliance for Austin Musicians. Tickets are on sale now: $10 for general admission or $25 for admission and a paperback copy of the book. A limited number of reserved seats will be available for $100, which includes a hardcover edition and a VIP reception, with drinks provided by Treaty Oak Rum and Graham's Texas Tea. www.antones.net.

Definitive sources have confirmed Kanye West is appearing at Vevo's unofficial South by Southwest after-hours party at the Seaholm Electric Plant on Saturday, March 19, speculation about which has been blowing up since a teaser sampling "Runaway" hit YouTube on Monday. Elsewhere, TV on the Radio headlines Spin's annual daytime bash at Stubb's, Perez Hilton invades ACL Live at the Moody Theater on Saturday (officially), and mtvU has confirmed Wiz Khalifa, Sleigh Bells, and Odd Future as performers for the Woodie Awards at the Austin Music Hall on Wednesday, March 16. Last but not least, Cee Lo Green and Lupe Fiasco tag team La Zona Rosa on Thursday, March 18. Much more next week. 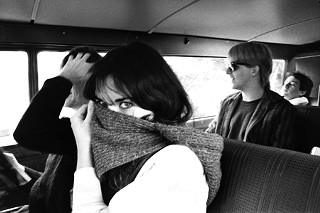 This blowout begins with the tipping point of Texas punk. "Our first gig was at the Texas Union Ballroom after the Huns bust," recalls Standing Waves captain Larry Seaman. "It was a total wake-up moment." Austin's answer to Television, the Waves were a tremendously popular guitar-rock combo that was featured on the Live at Raul's compilation and landed the first local clip on MTV ("Vertigo").

A singular, eccentric voice in Austin music, Kathy McCarty will share selections from her 1980s art-rock outfit Glass Eye and pivotal Daniel Johnston tribute, Dead Dog's Eyeball, backed by Kris Nelson. This marks a return to the stage for the Chronicle food critic (under the pen name Kate Thornberry) after several years (see "Infinite Capacity," April 25, 2005). Says McCarty, "This is what I'm most qualified to do." 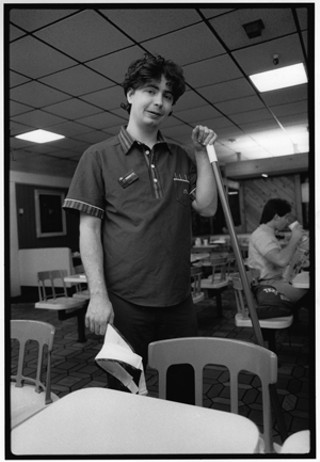 "I remember when I worked at McDonald's, I would cross the street and grab The Austin Chronicle and go into the bathroom and try to find my name," Johnston told OTR a few years back. Of course, Austin's prodigal pop-art savant has much more history with this weekly and city than that. Learn more at the South by Southwest panel Daniel Johnston: The First Fifty Years (March 16, 2pm, Austin Convention Center, Room 9ABC), moderated by Chronicle Editor Louis Black and featuring McCarty and Johnston's manager Tom Gimbel, the new general manager of Austin City Limits, among others.

In the footnotes to the Chron's Austin Punk/New Wave Family Tree from 1983, the first Music editor, the late Jeff Whittington, clarified, "There are no arrows for Jon Dee Graham because he's all over this thing. Too damn complicated." The same holds true nearly three decades later. James McMurtry, Erin Ivey, and Jesse Sublett, among many others, stopped by a special birthday edition of the nighthawk's Jon Dee & Friend residency at the Continental Club Gallery on Sunday. Graham just released a new live album, Chupacabra, available for free download with an optional donation feature. For this occasion, Graham and Sublett reunite the legendary Skunks.

With the assistance of a smartphone, the Gourds routed their 2008 East Coast tour to visit the Big Pink, Bob Dylan's New York hideout for The Basement Tapes and the inspiration behind the Band's Music From Big Pink. Later this month, the locals take up residence at Levon Helm's barn studio in Woodstock, N.Y., to record a debut for Vanguard Records, produced by longtime Dylan sideman Larry Campbell. "It does seem like a calling, to be up there in the vicinity of all this good music we have in common," says co-leader Jimmy Smith. "This is probably the most attention we're ever going to get." 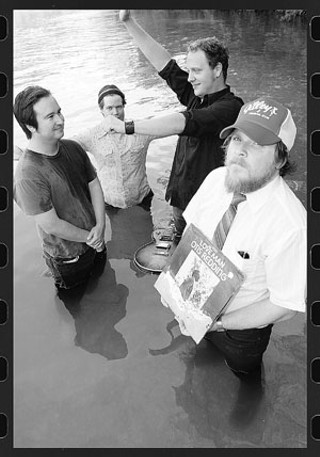 One of the last holdovers from the Trance Syndicate/Emperor Jones era and the only Red River act to garner its own tribute album (see "There Goes the Neighborhood," July 29, 2005), the Crack Pipes close with a sweltering R&B revue of Chitlin' Circuit blues, fiery soul, and garage-punk swagger that will have you testifying at the behest of the Rev. Ray Pride.

Hot Off the Press. On the Rocks.: Freeman and OTR serve as guest bartenders at Mohawk today, Thursday, March 3, for a special happy-hour performance with Leatherbag, 5-9pm. All tips and proceeds will be donated to HAAM.

Booksigning: Grab a copy of the anthology at Waterloo Records on March 17, 11:30am-1pm.