There's something intangibly affective in an artist unraveling another songwriter's work with such deep personal devotion, intimacy, and an understanding of the material that can only be distilled through a continued admiration across time and loss. Steve Earle achieved it with his 2009 Van Zandt tribute, Townes, and in Gurf Morlix's scratched pawn-shop voice, Blaze Foley has likewise found a champion and channeler who understands his subject's complicated balance of tongue-in-cheek joy and broken yearning. Decades removed from Foley's tragic shooting death Feb. 1, 1989, Morlix tends to both sides of his friend's legacy with raw and sincere evocation. Opening with "Baby Can I Crawl Back to You," the local guitarist/producer/raconteur reintroduces Foley in vividly familiar fashion ("Sittin' in a barroom countin' my dough/runnin' out of money and places to go") before launching into the deceptively conflicted romp of "Big Cheeseburgers and Good French Fries." Rivaling, if not surpassing, John Prine's and Merle Haggard's respective renditions are "Clay Pigeons" and Foley hallmark "If I Could Only Fly," the latter exhuming a harrowing longing with Morlix's striated drawl accented by the subtle, breathy chorus harmony of Kimmie Rhodes. Foley's pleading and introspective narratives seem to find their most natural molding in Morlix's hands, trembling but resolutely understated and controlled on the striking "For Anything Less" and exceptionally wrenching turns of "Picture Cards" and "Cold Cold World." In the evocation of Foley's many other personalities, Morlix provides the greatest service to his onetime peer, shifting seamlessly through the dark and portentous "Down Here Where I Am," tenderly touching "Oooh Love," restless and dreaming "Rainbows and Ridges," Lyle Lovett-esque title track, and the burnt, self-destructive bitterness of "In the Misty Garden/I Shoulda Been Home With You." Beyond tribute, Blaze Foley's 113th Wet Dream likewise rejuvenates Gurf Morlix. 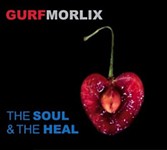