Covered in his own blood and barely conscious, Jon Dee Graham was in shock when a state trooper arrived on the scene of his near-fatal traffic accident July 2008. The local songwriter had somehow pulled himself from the wreckage – his car reduced to a contorted heap of metal and glass – and reported to the officer:

Those words served as the title and inspiration for Graham's sixth studio album, a stunning work that examines life through a perpetually shattered rearview mirror, officially released in early January. It's arguably his finest work to date – full of contradictions that rage with redemptive joy – and offers a fitting synopsis of 2010, a year of flawed triumph, from congressional compromises to timid economic recovery.

University Unions Executive Director Andy Smith set the tone locally with a callous 5pm press release on Friday, Jan. 29, announcing the closure of the Cactus Cafe due to financial concerns. The seven-month-long absurdist saga that followed had more right turns than Franz Kafka's The Trial, ultimately resulting in the departure of longtime manager Griff Luneburg (see "Blood on the Tracks," Feb. 6, 2009) to the tune of Butch Hancock's heroic No Two More Alike marathon in June.

In September, the campus landmark was officially "repurposed" under the direction of KUT and newcomer Matthew Muñoz. While the venture has gotten off to a rough start – according to financial statements obtained through Open Records Requests, the venue lost more than $35,000 in the first two months after the transition – the local NPR affiliate has upheld the venue's integrity if not its quirky bookings. Moreover, the station has bolstered its wealth of talent presumably to assist in the effort (and to offset the retirement of Blue Monday host Larry Monroe), adding KGSR alumnus Susan Castle and former Woxy Program Director Mike Taylor, the only visible silver lining thus far to the latter station having its local Web radio plug pulled in March.

Just this week, in fact, KUT signed local radio's most valuable free agent, Jody Denberg, whose one-year noncompete clause with KGSR, the station he led for 19 years, ended on Dec. 9. The industry veteran will be working part-time, filling in for vacationing deejays (e.g., during Jay Trachtenberg's midday slot on Friday, Dec. 31) and contributing to Texas Music Matters.

"I've always been a fan of what they do and the way they interact with the community," relays Denberg, who's already confirmed an on-air interview with Sean Lennon in support of the scion's Jan. 19 appearance at the Cactus with the Ghost of a Saber Tooth Tiger. "Obviously it's a freer situation, public versus commercial radio. It's new territory for me."

That was hardly the only shift in the local booking paradigm. Emo's owner Frank Hendrix partnered with Antone's in mid-August, then set his sights on renovating Riverside Drive's former heavy metal dungeon, the Back Room, into a two-story facility tentatively named Emo's on the Hill and scheduled to open in June. That's a direct response to the imminent arrival of the new Austin City Limits Live at Moody Theater, which prompted ACL's final taping in its beloved Studio 6A with Lyle Lovett in November.

Austin City Limits partners and local entertainment conglomerate C3 Presents earned Top U.S. Independent Promoter at the seventh annual Billboard Touring Conference and Awards, thanks in no small part to a blockbuster Austin City Limits Music Festival with the Strokes, Muse, and Eagles. Onetime rival enterprise Direct Events got tied up in several lawsuits surrounding the construction of the new Backyard at Bee Cave, including a recent a breach of contract suit filed by Moore Supply Company earlier this month. 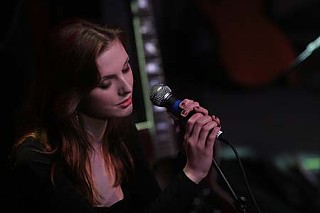 Elsewhere on the legal docket, New West Records acquired the catalogs of Antone's Records, Texas Music Group, and Texas Clef Entertainment, though the estate of late yodeler Don Walser has yet to receive a verdict in its case against those three entities (and their respective owners), which prompted the bankruptcy auction in the first place. Meanwhile, Billy Joe Shaver cleared his name of aggravated assault charges in historic fashion back in April, while fellow outlaw Willie Nelson was busted and booked for possession of marijuana in November in Sierra Blanca, Texas. Back home we named a street after him.

Not to be outdone, cosmic cowboy Doug Sahm received a monument on Doug Sahm Hill next to the Long Center for the Performing Arts. Nearby, the Armadillo World Headquarters' 40th anniversary was celebrated in August alongside four-decade observances of Inner Sanctum Records and local Western swing institution Asleep at the Wheel, which notched Leon Rausch collaboration It's a Good Day. More momentous, perhaps, was folk-rock heroes Okkervil River helping pen another new chapter in the continuing resurrection of psych legend Roky Erickson. 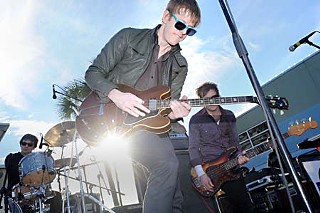 Matador Records pushed Shearwater's island fantasy The Golden Archipelago, Harlem's breakthrough Hippies, and Casual Victim Pile, the latter an alternate look at the Live Music Capital provided by co-owner Gerard Cosloy. The compilation, which spotlighted Beerland's usual suspects the Golden Boys, Dikes of Holland, and the Young, among others, serves as an ideal time capsule, especially in light of the transformative effect the impending Waller Creek Tunnel Project will have on the area over the next decade.

The year ended on a tragic note Monday morning when local drummer Bill Maddox was shot and killed at his home in Southwest Travis County allegedly during the course of a break-in. The 54-year-old Abilene native is best remembered for co-founding the Electromagnets, Austin's mid-1970s fusion ensemble that introduced Eric Johnson and was touted by Frank Zappa as "Mahavishnu with a sense of humor." He also performed in the Eric Johnson Group, its offshoot Alien Love Child, and Omar & the Howlers. According to the police report, Maddox struggled with the intruder, identified as a neighbor, John Debrecht, and both men sustained gunshot wounds. The suspect's currently in critical condition at University Medical Center Brackenridge.

This violent, fatal episode served as a frightening reminder of just how quickly life's tables can turn. Graham caught a glimpse of that other side, preserved on It's Not as Bad as It Looks: "If this is it, let's get it while it's there."