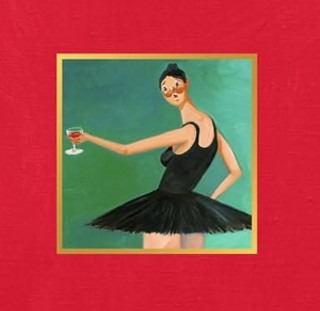 
"I embody every characteristic of the egotistic," boasts Kanye West during "Power," a self-defining anthem of solitary confinement. Somehow that's an understatement. As the song's sample reiterates, West is the modern manifestation of King Crimson's "21st Century Schizoid Man." He's a constant contradiction – seriously funny, tragically beautiful, and invincible save for highly visible Achilles' heels. My Beautiful Dark Twisted Fantasy delivers a deeply humanistic and disturbing portrait of the Chicago rapper's maniacal psyche, an epic fever dream of sexual turmoil, domestic disturbances, and emotional bloodletting. In that regard, Fantasy resembles Sly & the Family Stone's There's a Riot Goin' On and Use Your Illusion-era Guns n' Roses, a transformative masterpiece born of absurd excesses and personal upheaval. From a production standpoint, this might prove his finest hour, with samples (Aphex Twin, the Mojo Men, Black Sabbath) brilliantly tweaked and reconfigured; The Blueprint architect Bink works Smokey Robinson's take on Carole King's "Will You Still Love Me Tomorrow" into the summer soul of "Devil in a New Dress." Contrary to critical consensus, West's fifth CD isn't perfect: It's too purposefully scattered in the moment, the armchair eroticism in "Hell of a Life" falls short, and "Lost in the World" simply remixes Bon Iver's "The Woods" with Gil Scott-Heron's damning "Comment No. 1." Yet, even when West falters, there's always a saving grace as instantly memorable as his Bush indictment or Taylor Swift fiasco – like the three-minute vocoder solo eclipsing "Runaway" or Chris Rock's comedic relief for "Blame Game." The grand irony of Twisted Fantasy is that it's West's most selfless work. The bombastic "All of the Lights" alone boasts a "We Are the World" guest list that includes Elton John, Rhianna, John Legend, Alicia Keys, Fergie, Kid Cudi, and no fewer than three French horns. In fact, the album could serve as a time capsule for hip-hop in 2010: Lil Wayne was locked up; Drake's waiting in the wings ("All of the Lights"); Raekwon steers the galactic funk of "Gorgeous"; and the RZA-produced title cut introduces multiple personalities in Nicki Minaj. Jay-Z exerts his dominance on the two most compelling battle royals, the Rocky Horror Picture Show "Monster" and ridiculous round-table discussion "So Appalled," with Pusha T and Prynce Cy Hi, while Rick Ross proves Teflon Don with arguably the strongest verse in the whole shooting match on "Devil in a New Dress." Through thick and thin, Kanye West proves the ultimate curator and host, the master of his domain. 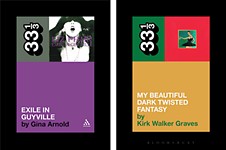 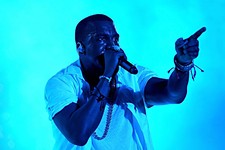