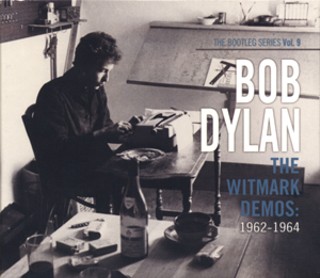 
At the time of these recordings, the term singer-songwriter didn't exist. Even Dylan's first album, released before the making of these demos, contained only two originals. These 47 songs, then, mark a dramatic change in the music business. Dylan, stripped to vocal, guitar, piano, and harmonica, cut these original compositions because his music publishers, M. Witmark & Sons, hoped someone else would record them. A few, "Tomorrow Is a Long Time," "Mama, You Been on My Mind," and "Seven Curses," caught the ears of Judy Collins, Johnny Cash, and Joan Baez respectively. There are also early stabs at now well-known tunes like "A Hard Rain's A-Gonna Fall," "Masters of War," "Don't Think Twice, It's All Right," "Boots of Spanish Leather," and "Girl From the North Country." A piano version of "The Times They Are A-Changin'" is exceptional. All are delivered with an off-the-cuff intimacy and pristine fidelity exposing Dylan's morph from his Woody Guthrie guise into a protest singer with a voice that was unique and, at times, uniquely personal. Four tracks across the 2-CD Witmark Demos have appeared on previous editions of the Bootleg Series, but 15 have never appeared on any Dylan LP. Some of the latter are fragments; others, like "The Death of Emmett Till," are notable for their ghostlike imagery. At its core, however, this constitutes a hearty glimpse of young Bob Dylan changing the music business, and the world, one note at a time.