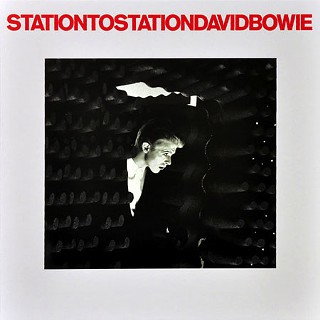 The early 1970s introduced his alien pomp on 1972's The Rise and Fall of Ziggy Stardust and the Spiders From Mars, gold-plated 1973 follow-up Aladdin Sane, and the funk-soul of 1975's Young Americans. The late 1970s then leveled out with the ambient meditation of Low, Heroes, and Lodger, the three albums Bowie made in Berlin with Brian Eno. These were two ends of the spectrum, with many identities in between.

Station to Station, David Bowie's 1976 high-wire act, came out in the period between costume changes and offered another fractured personality – the Thin White Duke, left over from his appearance in Nicolas Roeg's film The Man Who Fell to Earth. It neatly mirrors the late-night vampire sessions of the recording, the cosmic anxiety of being overly stimulated in a strange city and between stations. From the opening title track, Bowie asserts himself as the Duke, "throwing darts in lovers' eyes."

For a man who was always ahead of his time, the mythology of Bowie in L.A. is pretty entertaining. Besides the boatloads of coke being inhaled, there were stories of occult obsession, his fear of Jimmy Page coming after him, his abduction by "witches." In Thomas Jerome Seabrook's 2008 book, Bowie in Berlin: A New Career in a New Town, the author references Cameron Crowe's 1976 article for Rolling Stone in which the singer claimed to see bodies falling from the sky during their interview. Bowie's diet in those days allegedly consisted of milk, peppers, and blow, and he doesn't remember the 1975 recording. It's a true testament to his talent that he made such a fine album in that lacuna. It became his highest-charting album in America.

There's nothing thin about this steeply priced deluxe reissue, which also comes available as a 3-CD set. That then begs the obvious question: Does the true Bowiephile really need this 5-CD, 3-LP, 1-DVD shoebox, offering the album and its analog masters, alternate mixes, a 1985 master of the album, a singles EP, and live CDs and LPs from the epic Nassau Coliseum concert in '76? Ironically, you would probably need to snort something in order to sift through and listen to it all.

Station to Station isn't necessarily an odd album to expand for the audiophile. Seeing as it clocks in at under 40 minutes, it's amazing there's this much extra material to play around with, enlightening on both the studio and live end. Bowie collected a stellar band for the recording: guitarists Earl Slick and Carlos Alomar, bassist George Murray, drummer Dennis Davis, and Bruce Springsteen key man Roy Bittan. The disco fab of "Golden Years" and pop-tart trot of "TVC15" are balanced with ballads like "Word on a Wing." Bowie was great at layering on this album, the different mixes highlighting precisely that. The experiment worked.

Station to Station is an odd album, however, to expand into the "ultimate fan experience." EMI's targeting Bowie hoarders with cash to spare, because in addition to the aforementioned, you get a fan club folder! A replica backstage pass! Wallet-sized photos! A fan club membership card! Strange, especially when fanship has become so hands-on in the Aughts. Now, getting your picture with your favorite artist and uploading it to Facebook immediately outweighs the idea of waiting for a fan club certificate in the mail or cutting out pictures from a magazine and pasting walls with them. For folks of a certain age, perhaps it's nostalgia, but it's hard to think of Bowie as a nostalgia act.

The sweet spot: Live albums from NYC's long-bootlegged Nassau Coliseum performance in March 1976 preserve Bowie in top form. The live vinyl's an especially nice treat, and hearing the songs from Station in such crystalline form proves the album wasn't just some feat of studio witchery. Out of L.A., Bowie seems chipper, reflected in energetic romps through "Changes," "Queen Bitch," and a cover of "Waiting for the Man." The band is the glue here, but Bowie's voice sounds phenomenal. Shame that the DVD doesn't include live footage of this time, or any of Bowie's other appearances on TV shows. It would've balanced the audio overload.

Liner notes from Cameron Crowe, who was in the studio with Bowie during the recording for the Rolling Stone piece, offer a bit more insight into his state of mind. Bowie seemed spooked but confident in the studio. Perhaps the West Coast mythology helped balance the hero, making the shape-shifting easier. While listening to the playback for "Wild Is the Wind," a Nina Simone cover, Bowie relates: "This has a good European feel. It feels like a bridge to the future." 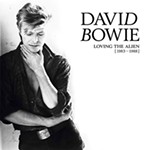 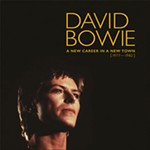